Seen on the bookshelf with recent economics releases: The Armchair Economist

. Is it just me, or does this combination of titles give the impression that economists are people who are likely to be lounging around, skulking about, or freaking out while doing their econ thing? Then again, maybe the job description should be changed to make it clear that the field is limited to people who are lazy, sneaky and/or freaky.

If this doesn't, what does keep Mary Matalin up at night?...

What can we learn about the real viability of biodiesel fuel when government subsidies for producing the stuff are attracting the same people who couldn't build a government-subsidized monorail? 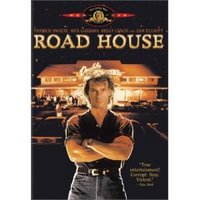 Ah, Detroit. Finally, someone has a realistic answer for its problems.

Will Snakes on a Plane take the place of Road House in the hearts of moviegoers? And what ever happened to the promised sequel anyway? Seems that we're still awaiting the conclusion to the story of what Michael J. Nelson called "the finest American film ever made by Rowdy Herrington."