Will the pornography industry ultimately select the winning next generation DVD technology?

The answer at this point in time is: maybe. Right now, there are literally hundreds of factors that are still up for play in the market for either the Blu-ray or HD-DVD formats,

which are both still in the very early phases of being introduced to the mass consumer market. The reason why the question is being asked is because of the history of how the VHS format came to rule the world of videocassette players and recorders over the Betamax format back in the 1980s.

Back then, Sony, which had developed the Betamax format, declined to license the technology to adult video product manufacturers. Consequently, the video pornography producers turned to the lower quality, lower cost VHS format to issue their products. Given the explosive growth of demand in the home video market for adult videos in the 1980s, the VHS format came to dominate the marketplace and Betamax was consigned to the technological "neat but not worth it" dustbin. Sony eventually abandoned its proprietary Betamax technology and became a producer of VHS products.

That history is already driving high definition DVD production purchasing decisions, as the producers of products using the high definition technology are gambling large amounts of money that one format will ultimately come to be preferred by consumers over the other. Consider this anecdote from the National Association of Broadcasters annual conference in 2006:

The co-founder of Los Angeles-based Digital Playground, who goes by the one-word name “Joone,” said the fact that Sony chose Blu-ray guarantees his studio an instant home audience.

“PlayStation 3 is going to be the Trojan horse that will get a lot of numbers into the home theater systems — the living rooms,” said Joone, who is also a movie director. “Technology-wise we’ve chosen Blu-ray, which doesn’t mean we won’t support both formats ... but as far as having really cool technology and a lot of storage for future proof, Blu-ray is a good format.”

But then, Sony did something remarkable. The company's leaders once again rejected approving the use of its technology for producing adult videos. "Joone" describes what happened:

"Sony wants me to publish my films on HD DVD." He then went on to explain that he had in fact wanted to publish his movies on Blu-ray Disc, but that all Blu-ray Disc copying facilities in the United States had refused to cooperate. The companies had unanimously declared that Sony had threatened to withdraw their Blu-ray licenses should they stoop to making HD copies of pornographic films, Joone said. Even though he would have liked to supply with his movies the predominantly male group of Playstation 3 players he had been forced by events, he declared, to switch to HD DVD. The game console has the ability to play Blu-ray Discs built into it. The director said he was puzzled by Sony's attitude, which, he noted, had also turned out to be counterproductive in the case of Betamax. 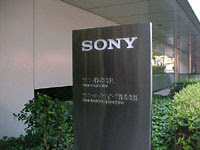 So, if that's true, what could Sony be thinking? If adult videos powered VHS to video supremacy over Sony's Betamax in the 1980s, what could stop the same thing from happening again? How can Sony expect to be successful with Blu-ray?

In our view, the answer to that question lies in the fact that the world of video entertainment in 2007 is a lot different from that same world in the 1980s. To start with, unlike in the 1980s, Sony has already partnered with many other major film producers, who will be producing content for the home video market using the Blu-ray format. Sony's greater openness with the video format this time around gives Sony an excellent window into being able to deliver more top-notch entertainment products sooner to the home video market. 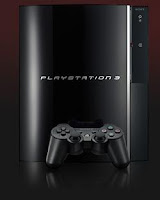 More interesting is Sony's integration of Blu-ray disc playing technology with its PlayStation 3 (PS3) game system, which has already ensured that its product has achieved a decent sized penetration into consumer households. This base ensures that Blu-ray content can be played to a fairly large home audience already.

Sony is also moving to lower the price of its dedicated Blu-ray disc players much more rapidly than it did with Betamax in the 1980s.

Meanwhile, with the growth of Internet streaming video technology, the pornography industry has less pull in the home video market than it did 20 years ago, as many home consumers for adult video products are choosing this option over other formats.

Finally, the kind of video entertainment products being demanded by consumers has changed dramatically since the 1980s. Let's do a little bit of speculating here. Consider the growth of children's video entertainment products, which were nearly non-existent in the 1980s, but now represent 28% of the entire home video market. By combining accelerated price reductions in Blu-ray disc players and discs, which will keep the technology pretty competitive with the HD-DVD format, with a large inventory of Blu-ray discs aimed at the children's market, Sony could very well lock-up its early lead in the next generation DVD format - thanks to a very family-friendly business strategy.

And why should the pornography industry ever have been in charge of making this choice, anyway?