We've updated our signature tool The S&P 500 at Your Fingertips to incorporate all the latest data for July 2007, including the inflation data just released by the BLS earlier today. 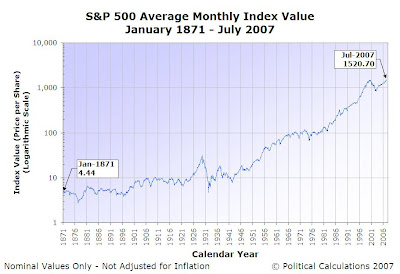 For fun, we thought we might show the value of the S&P 500 adjusted for the full reinvestment of dividends over the span for which we have data: 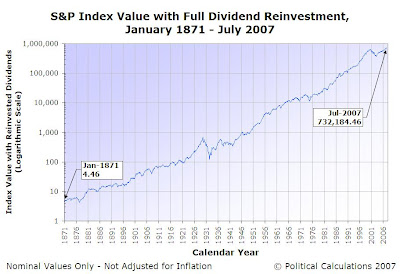 In any case, here are the compound annual growth rates for the periods covering the year-to-date, year-over-year and since January 1871 that we found for the S&P 500: