Now that we've examined the number, weight and average weight per bird for the turkeys produced for consumption in 2006, it's time to turn our attention to the financial health of the U.S. turkey-industrial complex using data from the National Turkey Federation's web site!

How is all that possible at the same time? We'll show you! First, we'll begin with the evidence that 2006 was the best year ever for domestic US turkey producers. The following chart shows the total income taken in by U.S. turkey farms from 1990 to 2006: 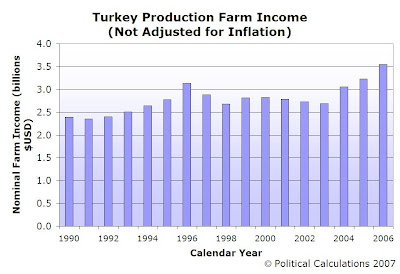 Clearly, at 3.55 billion USD in 2006, the total amount of income taken in by U.S. turkey producers has never been greater, as this value is 320 million USD greater than the previous record set in 2005. It's the best year ever, that is, until we take inflation into account. The next chart does just that, converting each of the total income values for each year from 1990 through 2006 into constant 2006 U.S. Dollars: 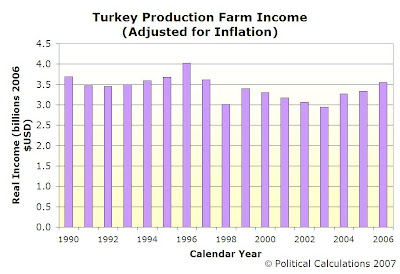 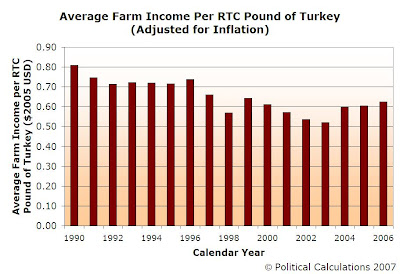