The U.S. Census released the latest trade data through October 2007 yesterday and, where trade between the U.S. and China is concerned, the U.S. trade "deficit" reached a new peak for the month, breaking the previous record set just a year earlier.

Not that this was much of a surprise. As our following chart indicates, the U.S. trade "deficit" with China typically peaks in October-November each year, as consumer goods produced in China, especially toys and consumer electronics, are delivered to the U.S. in advance of the Christmas shopping season: 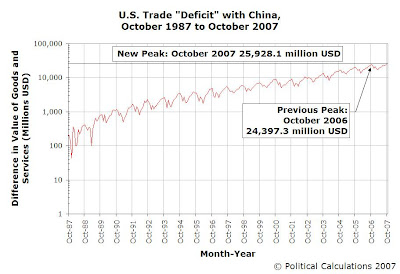 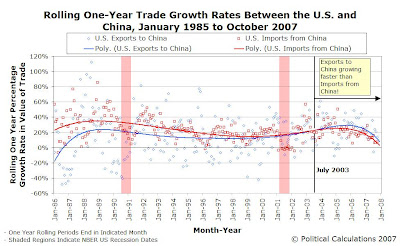 The faster pace of U.S. exports to China with respect to the growth rate of Chinese exports to the U.S. are reflected in our trade volume doubling period charts. The chart below confirms that the U.S. has doubled in volume again for the second time since January 2001: 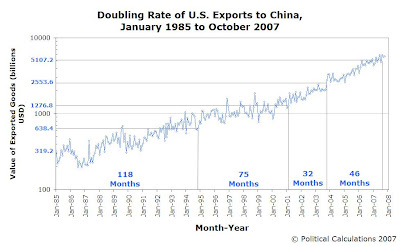 The next chart shows the doubling rate of Chinese exports continuing at or near the pace it has maintained since April 1994: 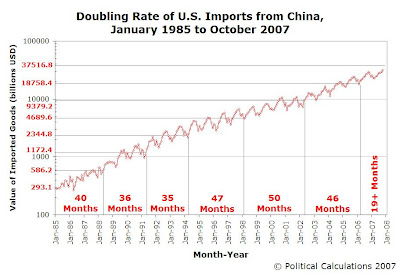 Now for the questions: