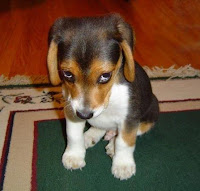 We guess we need to 'fess up here. Apparently, we're somewhat responsible for influencing a good portion of people's recent buying decisions favoring more fuel efficient automobiles, which has, apparently, resulted in our having accidentally taken the U.S. economy down a peg as well.

Since March 24, and especially since March 27, Political Calculations' interactive tool for helping decide between keeping an existing car vs buying a more fuel efficient one has seen a sustained increase in traffic after being prominently featured by Clark Howard in his TV work and later on his radio show (scroll down to the "Deciding to dump or keep an old gas guzzler" story....)

We simply didn't realize back in 2006 that we would have this power, and we apologize for the disruption in economic service. Unfortunately, we don't yet have an estimated time for recovery, but we hope to have the U.S. economy running at more normal rates sometime in the third quarter.

Unfortunately, we can't do much about Detroit's situation, as most of its problems are the result of pre-existing conditions and deliberate abuse. Sadly, we regret to inform you that given these circumstances, we have been forced to void Detroit's warranty.