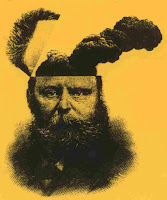 Frequent readers of Carpe Diem know that Mark has often spotlighted statistics related to what he calls the "Man-Cession," which reveal the extent to which men have been negatively affected by the current recession as compared to how women have fared. Along the way, he's also remarked upon research from the UK that provides evidence that the principal reason men tend to earn higher incomes than women is related to lifestyle choices, such as marriage and motherhood, rather than the biases of employers. Findings that are backed by U.S. studies.

Until now, anyway! The latest wrinkle in the gender gap in income story comes as researchers from the University of Wisconsin-Milwaukee add race into the issue and find that employers aren't the culprits behind the pay disparity that appears to favor white men over both minorities and women. Instead, it's their customers!

Researchers have helped solve the mystery of why white men continue to earn 25 percent more than equally well-performing women and minorities. Managers and business owners must pay a premium for white male employees because customers prefer them, says David Hekman, assistant professor in the Sheldon B. Lubar School of Business at the University of Wisconsin-Milwaukee (UWM).

Here's how Hekman and his co-researchers did their study:

Hekman and colleagues at four other North American business schools showed customers a video featuring either a black male, a white female, or a white male actor playing the role of an employee helping a customer. Those viewing the white male not only reported being 19 percent more satisfied with the employee's performance, but also they were more satisfied with the store's cleanliness and appearance. This despite the fact that employees demonstrated the same scripted behaviors and the store background, camera angles and lighting were identical.

These findings were also borne out through more than 10,000 medical patients' ratings of their doctors. Patients who received e-mail from their doctor were more satisfied with their doctor's competence and approachability, but only if the doctor was a white man.

That's certainly a lot of things to have to control for to run a valid experiment. We're sure they controlled for everything, including things like all those non-verbal elements of communication between all these interacting parties, any past interactions or established relationships between physicians and patients, not to mention any racial, gender or personal biases of the actors as they interacted with the customers in those recorded videos. But, good science is small potatoes when there's politics to talk about! Hekman and crew weigh in on the Paycheck Fairness Act now making its way through Congress, where they warn of potential unintended consequences:

The findings also reveal some potentially devastating, unintended consequences of the Paycheck Fairness Act (H.R. 12 and S. 182), introduced in 2009 to narrow the wage gap and now awaiting action by the U.S. Senate. "Because customers prefer white men employees, even when women and minorities perform equally well, there is a real danger that increasing women's wages so that they are equal to those of white men may cause managers to hire fewer women," Hekman explains.

But wait, there's more! Hekman says the legislation could be more effective if it focused on the real problem: customer satisfaction surveys!

The researchers say the act could be more effective if it also addressed ways to reduce the linkage between biased customer opinions and employee pay because more than 60 percent of employees have at least some of their pay directly linked to customer satisfaction survey results.

Wow! This customer satisfaction thing is a real problem. How might it be fixed?

Hekman and colleagues offered straightforward policy suggestions in the Academy of Management Journal. Among them: make sure customer satisfaction surveys target specific employee behaviors. For example, don't ask customers if they would recommend a physician; ask them how many times the doctor asked a patient if she had additional questions or understood key medical terms.

Who knew that we could eliminate apparent racial and gender pay disparities by legally mandating that employees and physicians run through checklists of questions rather than personally engaging with their customers or patients? Customer satisfaction can only be improved! The only thing left would be to fix the customers' racist and sexist biases. But, how?

No more anonymous customer feedback surveys, either, urge the researchers. These can significantly affect the pay scale in many industries.

"Make sure customers are identifiable and therefore at least somewhat accountable when they provide ratings," says Hekman. "People may do all sorts of bad things when they are anonymous - just check out the reader postings on any blog."