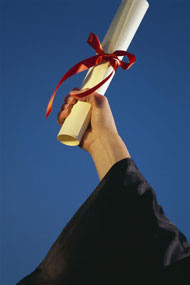 Eureka College is a small liberal arts university in northwest Illinois. In 2004, the school announced that it would end its need-based financial aid programs, which were intended to subsidize the cost of college for economically disadvantaged students. In their place, the university dramatically lowered its price of tuition by just over 30%.

In one fell swoop, the administrators of Eureka College traded the complexity and uncertainty imposed by its financial aid programs, which made it extremely difficult to know in advance how much a students out-of-pocket costs would be in each year of their college education, for a much more transparent system that doesn't rely upon byzantine financial aid schemes to maximize its revenues.

The initial reaction to the initiative was "jaw-dropping." Previously, total student enrollment at Eureka had peaked at 566 students back in 1971. In the first year of implementing its new pricing strategy, the school's enrollment surged by 9.5% from 536 in the 2005-06 academic year to what turned out to be 587 in the 2006-07 academic year, breaking its previous record by a significant margin.

And then for the 2007-08 school year, enrollment surged even more dramatically, with estimates at the time anticipating a 17% gain, or nearly 100 students, thanks to the school's decision to do away with financial aid and just lower its tuition instead.

That's where we left off when we originally featured Eureka's story back in September 2007, but we thought it might be well worth another look to see if what we observed then still applies today. We've updated our table showing the school's annual enrollment levels into the current academic year to see if the trend was sustained. Here's what we found, using data published by the PJ Star:

We see that Eureka College has consistently broken its records for enrollment in each year since the Eureka Idea first went into effect. Catherine Schaidle reports in the PJ Star:

It is not by chance that enrollment at Eureka College has jumped 57 percent since 2003.

This fall, the college will welcome its second-largest incoming class - 250 students, including 145 freshmen and 105 transfer students. The high is 254 students, set last year. Total enrollment was 490 in 2003.

"We are celebrating the growth not just for this year (2 percent), but for each of the last five years," said Eureka College President J. David Arnold.

Even in a bad economy, the strength of the college's approach made it resistant to the challenges.

"The seeds of the growth were sown six years ago, of pricing a liberal arts college experience for students and their families," Arnold said. "When you look at the price tag, it was getting way too high for an average, working family to afford."

The plan, called the Eureka Idea, was introduced in spring 2004 and brought the list price of a liberal arts education down for the average family, he said. In 2003, tuition was $18,700.

Tuition for students this fall is $16,650, and combined with college-sponsored merit scholarships, is comparable to a flagship state university, a Eureka official said. U.S. News & World Report has ranked Eureka College fourth among baccalaureate colleges in the Midwest from which students graduate with the lightest debt load.

Another part of the Eureka Idea was to simplify the financial aid process.

That figure almost perfectly parallels the average annual rate at which college tuition and fees have increased from August 2005 through August 2009 of 6.44%, and is 2.6 times greater than the average rate of inflation of 2.43% observed in the United States over the same period. The month of August typically coincides with the beginning of a new academic year for most universities in the United States.