Political Calculations
Unexpectedly Intriguing!
21 September 2010
The Biggest Issue of 2010, In One Chart

If you were asked to produce a single chart illustrating the biggest single political issue in America today, what would it look like?

We're taking on that challenge today. Here's what we came up with: 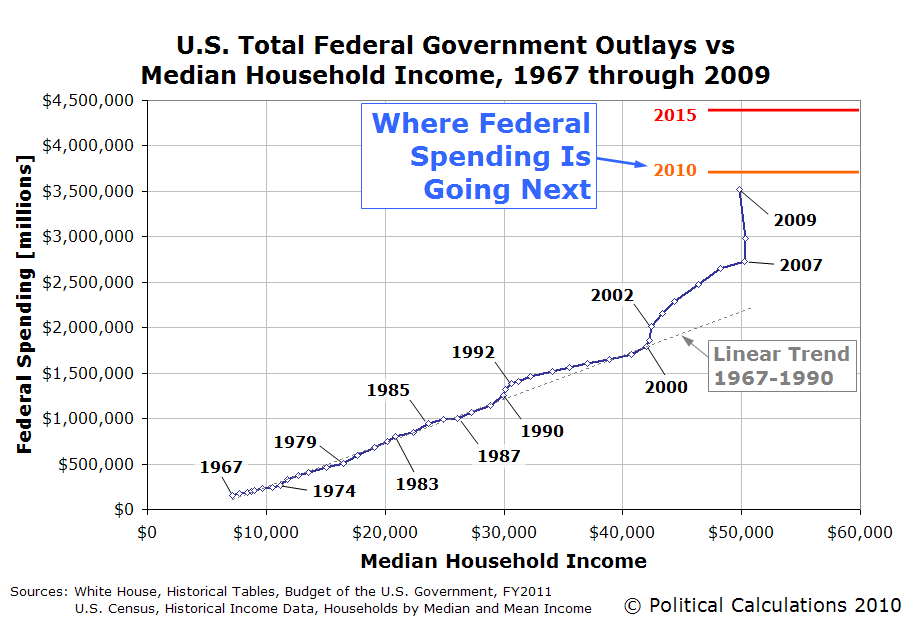 In this chart, where we've graphed the trajectory of the total spending of the federal government with respect to the median household income in the U.S. for the years from 1967 through 2009, we see that the U.S. federal government's spending today has decoupled from the primary source of income that is required to sustain it.

Worse, it has literally "gone vertical" during the last two years.

In mathematical terms, that's the sort of thing you see when you divide any number by zero. Applied to the chart above, that means that the relationship between the change in total government spending and the typical income earned by an American household from year-to-year is now "undefined."

In practical terms, that means government spending has become completely disconnected from the ability of the typical American household to support it. And until this skyrocketing spending growth is arrested and reversed, we suspect that government spending has become disconnected from the ability of any American household to support it.