How much does corruption affect a nation's economic performance?

We stumbled across the following interactive data visualization at IBM's ManyEyes site, which seems to answer the question (click the link to play with the interactive version!): 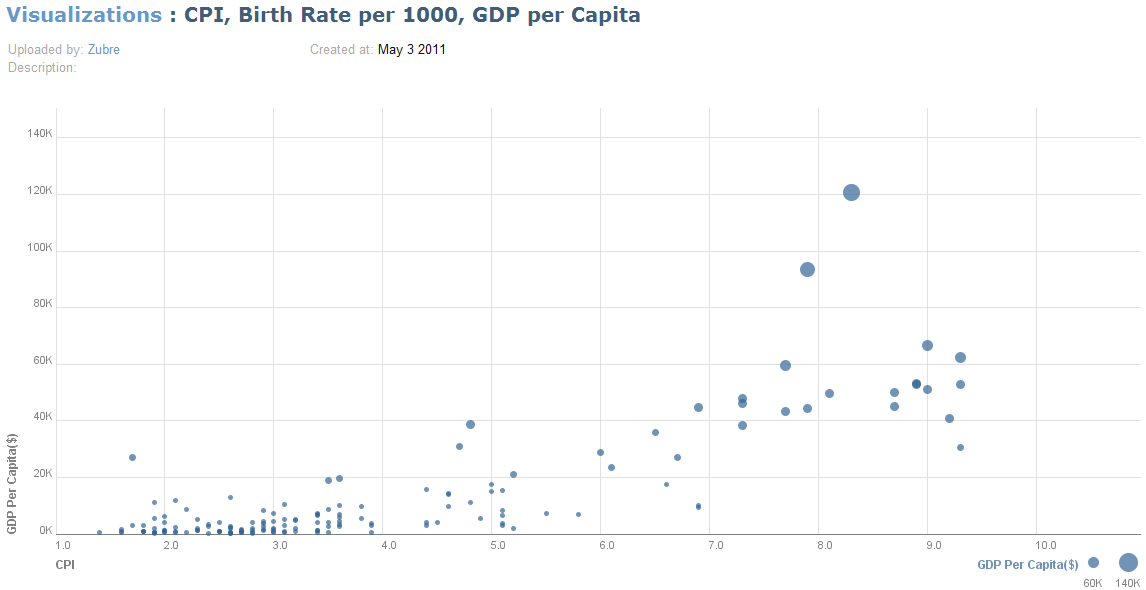 In the chart, a high Corruption Perception Index score is good, indicating a country is relatively clean of corruption. Meanwhile, a high GDP per Capita figure would also be considered to be good.

The data in the chart applies for 2008. Transparency International provides the following map (which also has an interactive version) showing their corruption perception index for 2010: 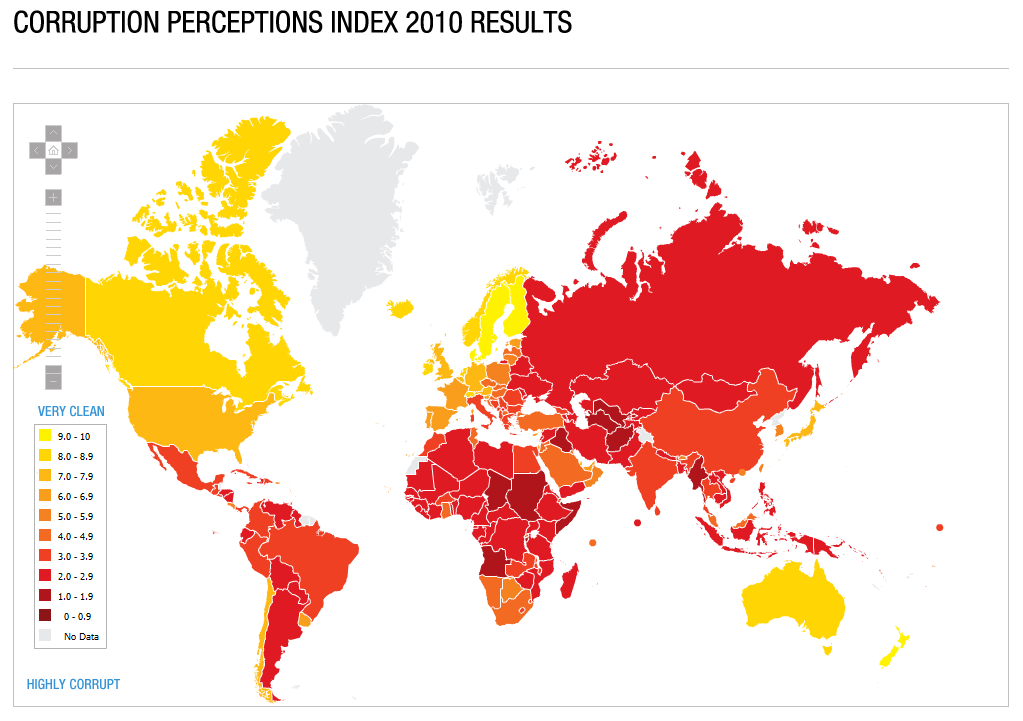 A good question to ask then, is how much is the U.S. economic recovery being held back because corruption is becoming a bigger problem? And whose fault is that?