It's Friday, so it must be time for a beer! But which beer? To answer that question, let's first look at the most popular beers by nation (HT: PureTravel - click the map below for a ginormous version):

If you're in the United States though, perhaps you'd like to try one of the best beers in America. Mike Wirth's map shows you how many medal-winning craft beers there are to be found by state, at least for 2009 (click the map for the full size version!): 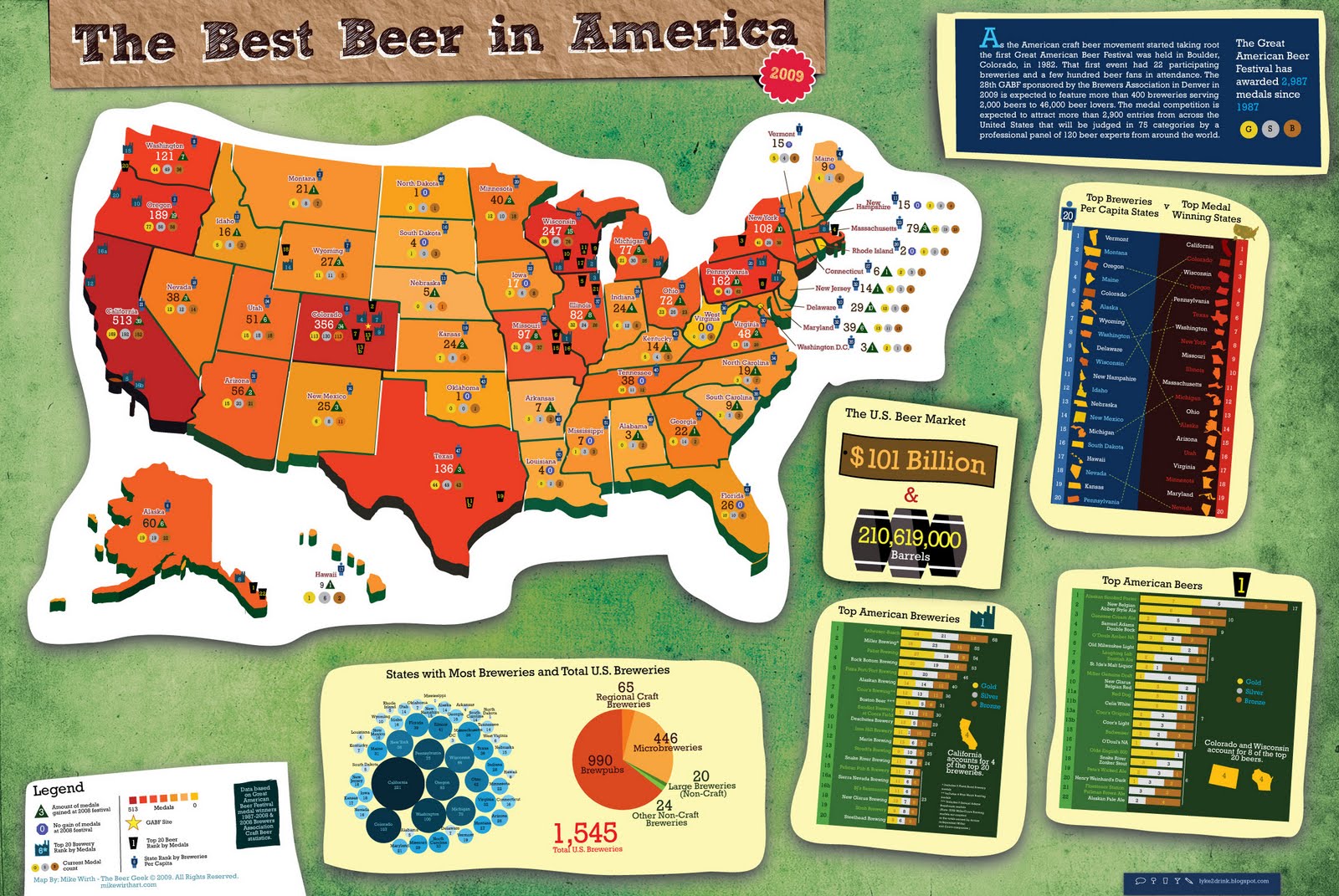 Finally, thanks to the Tax Foundation, we can also reveal how much beer is taxed per gallon in each U.S. state (also for 2009!): 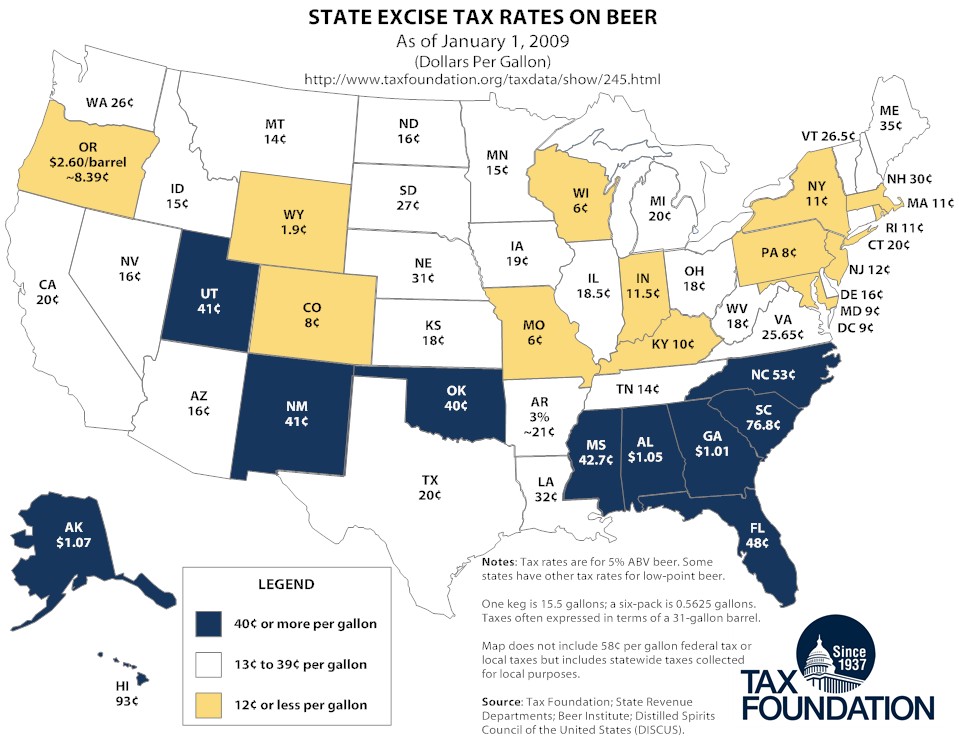 For our closing observation, we'll note that there seems to be somewhat of a inverse correlation between the number of medals brewers have won by state and the amount of the state's excise taxes per gallon on beer.