As of May 2011, over two million jobs (2,004,000) have disappeared from the U.S. economy since teen employment peaked in November 2006. Since the total employment level in the U.S. peaked a year later, some 1,671,000 fewer American teens are now being counted as being employed. 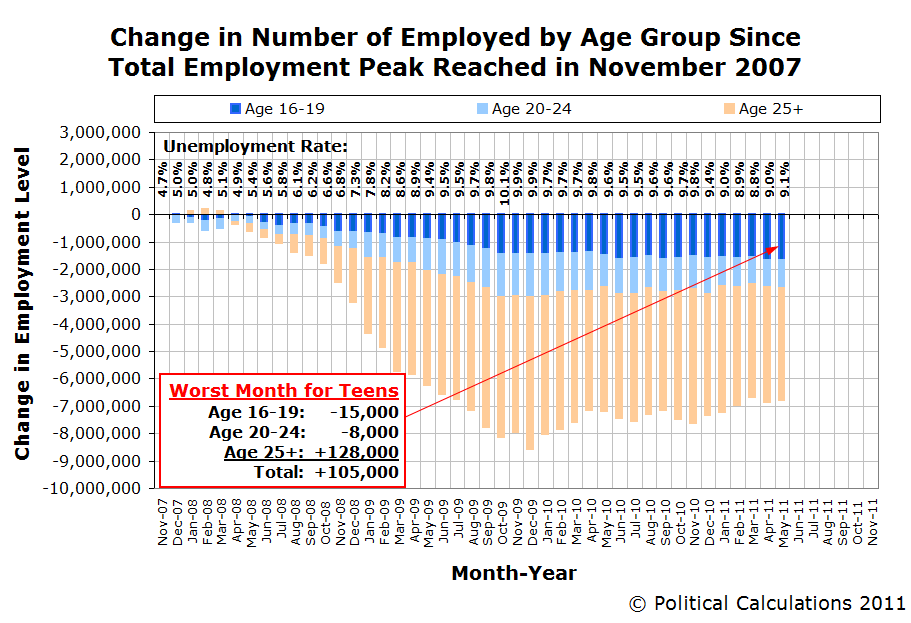 As a percentage of the entire U.S. workforce, May 2011 marks the lowest point for American teens since the BLS began reporting teen employment data in January 1948.

So it's definitely not a demographic phenomenon. It's an economic one!