Teens hit a new low in July 2011, with 1,667,000 fewer teens counted as having jobs than were counted as being employed in November 2007, the previous peak in total employment in the United States. 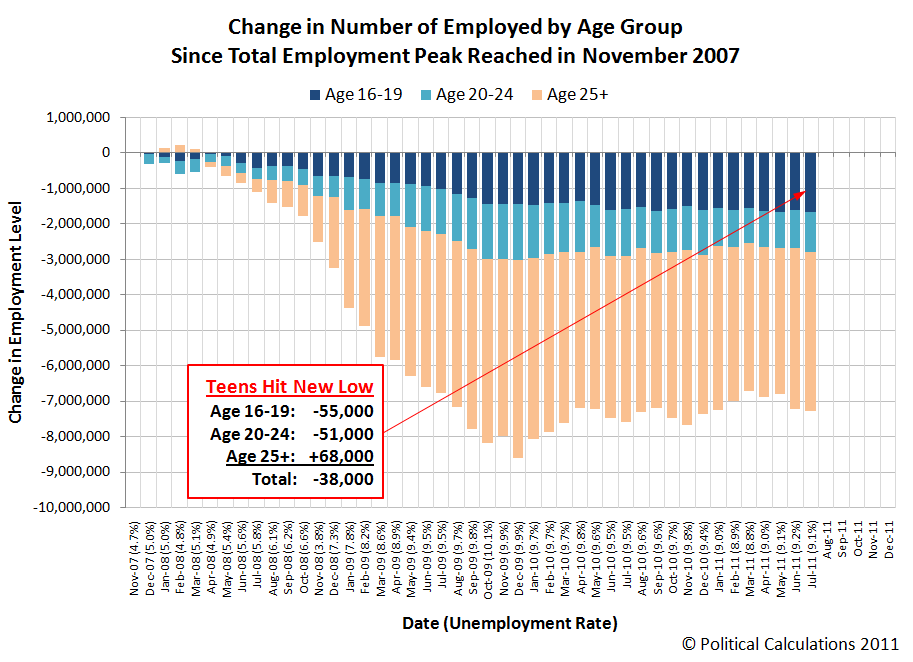 As a frame of reference, just 4,244,000 teens were counted as being employed in July 2011, as compared to 5,911,000 in November 2007 - the month before the peak in the previous cycle of economic expansion, which marks the beginning of the most recent recession.

Which means that for all practical purposes, there hasn't been any sustained improvement in the U.S. employment situation since April 2010.