The big news headline from the latest employment situation report from Washington D.C. was that there were zero net jobs generated in the month of August 2011 in the U.S. nonfarm payroll. 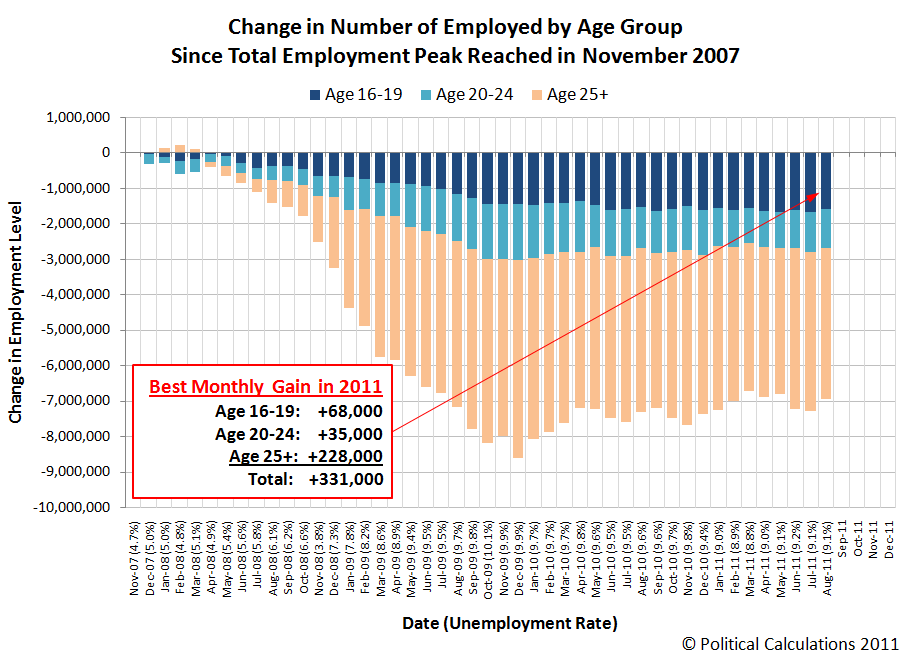 But, paradoxically, if we look at the household survey portion of the jobs report, we find that August 2011 actually showed the biggest month-over-month gain that it has since April 2010.

We have to go back to April 2010 to find a month where the total number of employed Americans rose by more than August's 331,000 from the previous month. In April 2010, the number of Americans counted as having jobs increased by 430,000 from the level recorded in March 2010.

Coincidentally, April 2010 was also the last month that the U.S. economy saw any sustained job growth. Improvements in the employment situation in the United States have essentially been on vacation for all the 16 months since.

Following his own vacation, President Obama is planning to "pivot to jobs". Again.

The President certainly has gotten a lot of practice in pivoting to jobs. We hope he'll stick with it for a change!