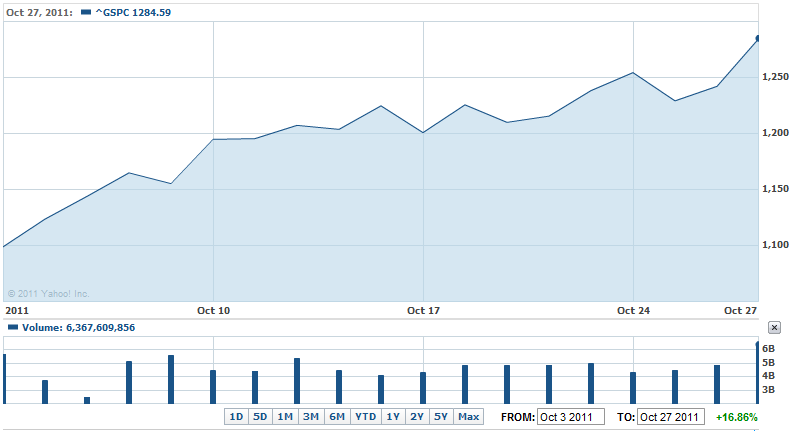 As you can see in the chart above, stock prices have pretty consistently trended upward during the month. And although the European debt deal is being credited for the one day gain, that doesn't explain the rise in stock prices over the past month, given the uncertainty surrounding the progress in working toward the deal announced on 27 October 2011.

And if we look at the change in the rates of growth of both stock prices and the S&P 500's underlying dividends per share, we see that average stock prices during October 2011 would appear to be below the level that the change in dividends projected for the third quarter of 2012 would put them (remember, investors always look forward in time!): 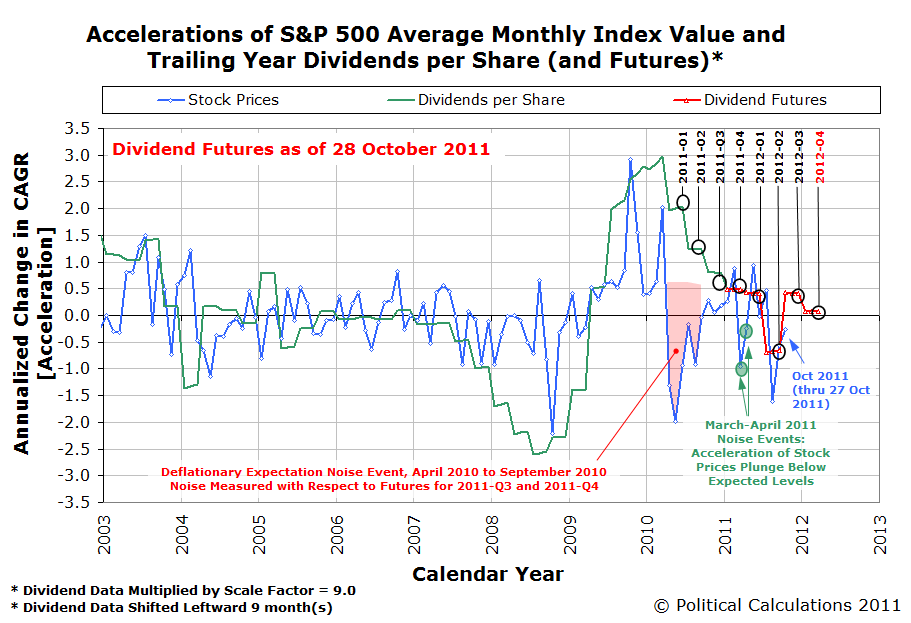 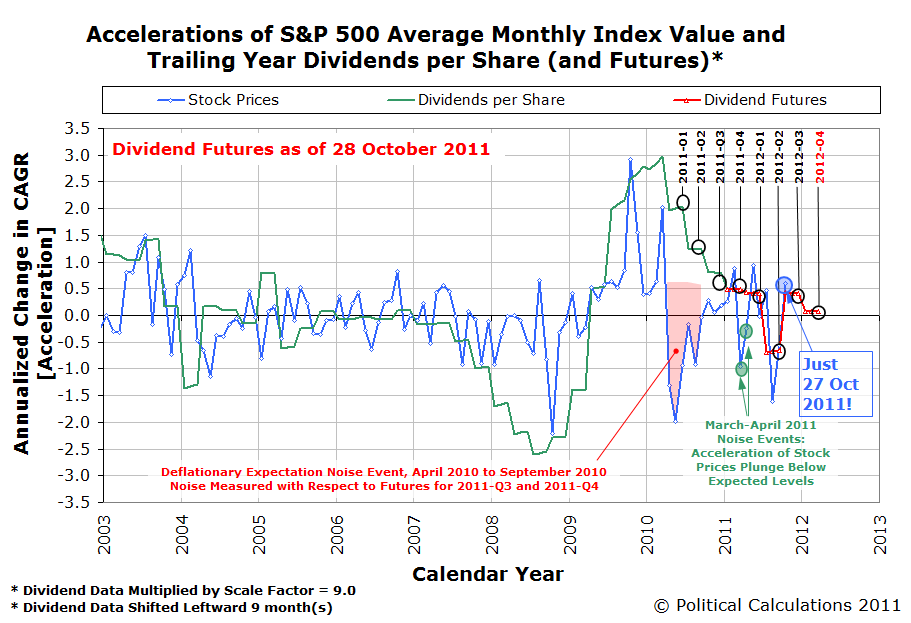 Here, we see that stock prices have indeed caught up, and have even slightly passed where the change in the growth rate for dividends per share for the third quarter of 2012 would put them!

And that's after stock prices for September 2011 were almost exactly where the projected future for the second quarter of 2012 would put them.

What has happened during the month of October 2011 is that investors setting today's stock prices have shifted their focus forward in time from the second quarter of 2012 to the third quarter of 2012. The market has risen in response to that shift in forward-looking focus.

We would then describe the Euro deal as little more than a noise event. Since stock prices have overshot where dividends would place them, we would anticipate that the market will flatten out or fall back a bit in the immediate future as the effect of this news-driven event fades with time.

On the whole however, we can expect November 2011's stock prices to be higher on average than they were in October 2011, and if not for the overshooting effect of the European debt deal noise event, we would expect slowly rising stock prices for the month.