Political Calculations
Unexpectedly Intriguing!
21 October 2011
Over 50% Probability of New Jobless Claims Over 400,000 Each Week Through End of 2011

You know, we're really not sure why so many people seem to be surprised that new, seasonally-adjusted, weekly jobless claim filings persist in clocking in at levels above 400,000, or that the adjusted values for the previous weeks tend to be revised upward.

In fact, based upon the trend that has been established since 9 April 2011, that's exactly what we can expect somewhat more than half the time throughout the rest of 2011, provided the current trend continues to remain in effect: 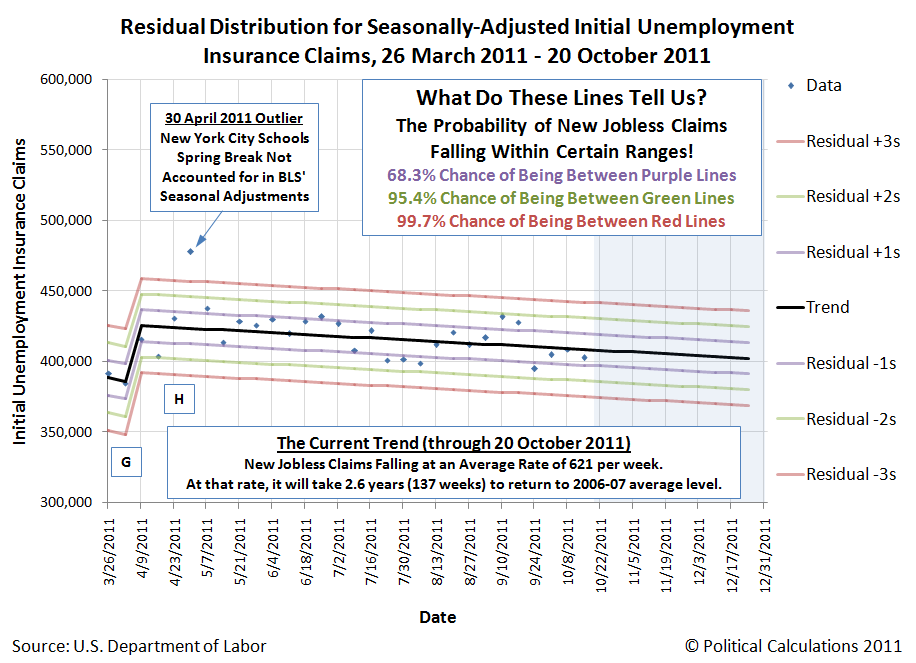 We can arrive at that forecast by following the trajectory of the mean trend line, which is shown as the heavy black line on the chart. Based on the existing trend, we can expect the number of new jobless claims filed in future weeks to be above this line 50% of the time, or below it 50% of the time.

In fact, what we can expect as we go forward in time is that we'll see an increasing number of times in the weeks ahead where the number of new jobless benefit claim filings will fall below the 400,000 mark, as the number of layoffs from U.S. employers each week continues to decline gradually.

At present, that would put the number of layoffs each week in the U.S. on track to reach the average level of 317,000-318,000 that it recorded throughout most of 2006 and 2007 in another 2.6 years. A slight improvement from the 2.7 year figure we projected just two weeks ago, as nothing has happened in that time to significantly affect the overall trend.

Meanwhile, for those of you joining us in progress, here's a look at the primary trends that have characterized the seasonally-adjusted initial unemployment insurance claim filings in each week since 7 January 2006, along with the specific events that we've been able to determine initiated them: 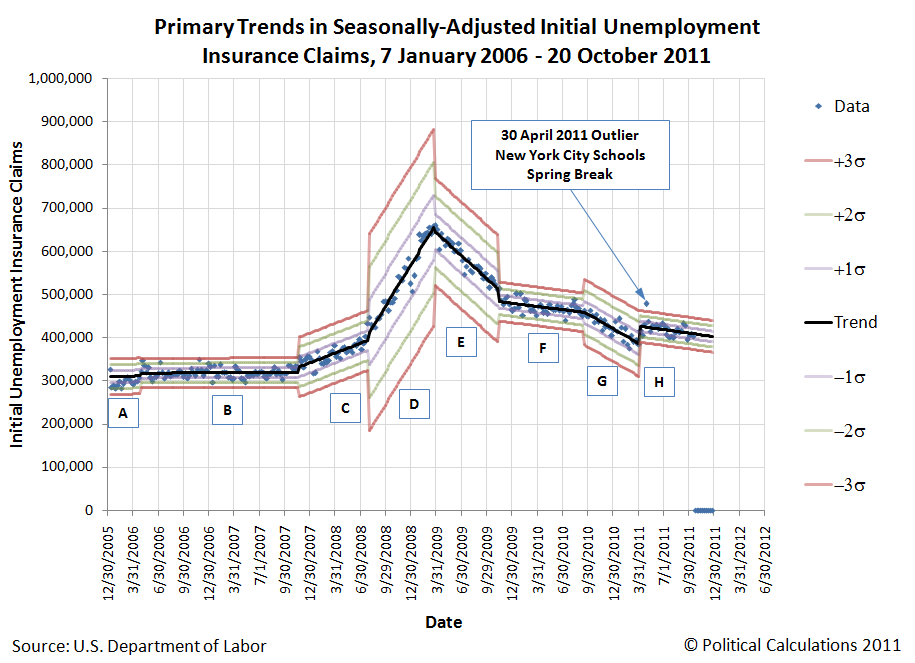 The table below describes the events that altered the trajectory of U.S. layoff since 7 January 2006:

Provided the established trend remains in effect, the number of seasonally-adjusted initial unemployment insurance claims filed each week in the U.S. is perhaps the easiest economic statistic of all to forecast.