China entered into recession in December 2011.

We base that observation upon our analysis of international trade data collected by the U.S. Census Bureau, where we have calculated the year-over-year growth rate in the value of goods and services that the United States has both exported to China and which the U.S. has imported from China.

Here, we observe that the year-over-year growth rate of U.S. exports to China has fallen into negative territory. Since a growing economy is one that draws an increasing level of exports from other nations, while a contracting economy is one that draws a falling level of exports, the year-over-year decline of U.S. exports to China in December 2011 indicates that China has indeed fallen into recession.

To help put that observation in context, the chart below reveals the annual growth rates of both U.S. exports to China (shown in blue) and U.S. imports from China (shown in red) since January 1985: 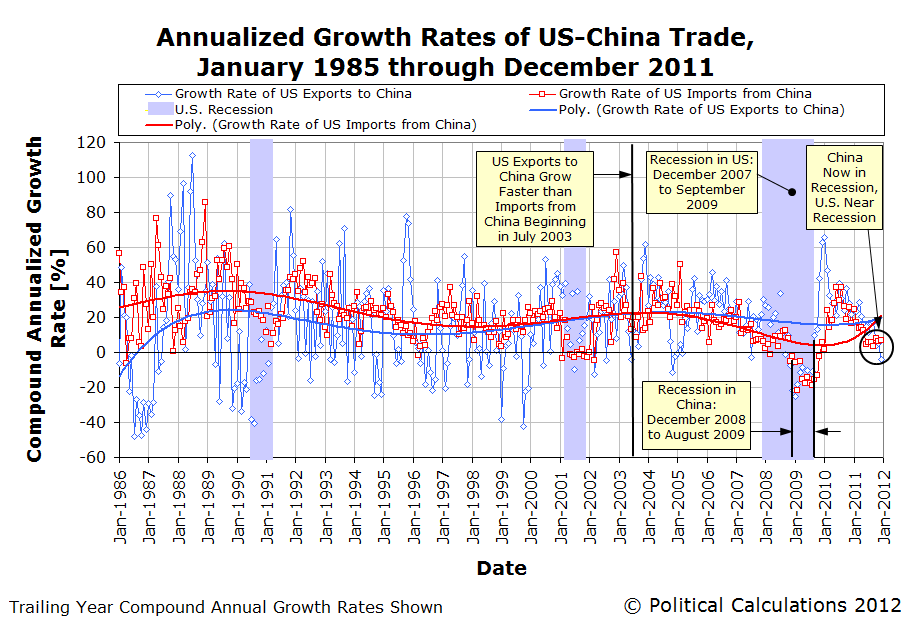 Meanwhile, we observe that the U.S. economy, as measured by the growth rate of China's exports to the United States, shows signs of very slow growth, indicating that it is near recession. 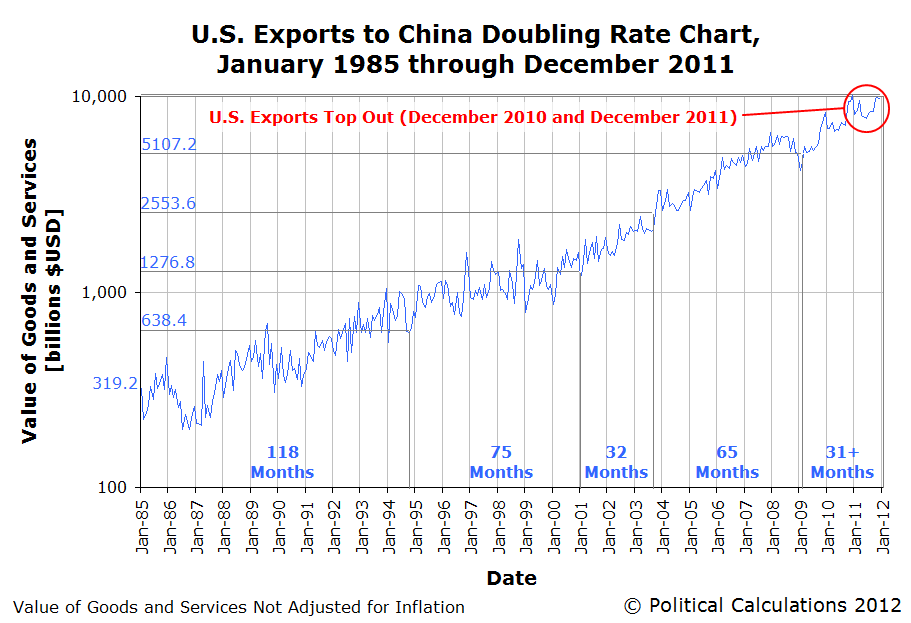 Here, we directly observe that U.S. exports to China have followed a seasonal pattern in recent years, topping out in December of both 2010 and 2011. However, in 2011, the value of those exports topped out at a lower level than they did in 2010.

Since the U.S. dollar has fallen in value with respect to China's currency over that time, effectively increasing the "dollar value" of U.S.-produced goods and services, that outcome indicates a falling quantity of exports being sent from the U.S. to China.

By contrast, the U.S. economy appears to be growing a bit more strongly than the Chinese economy: 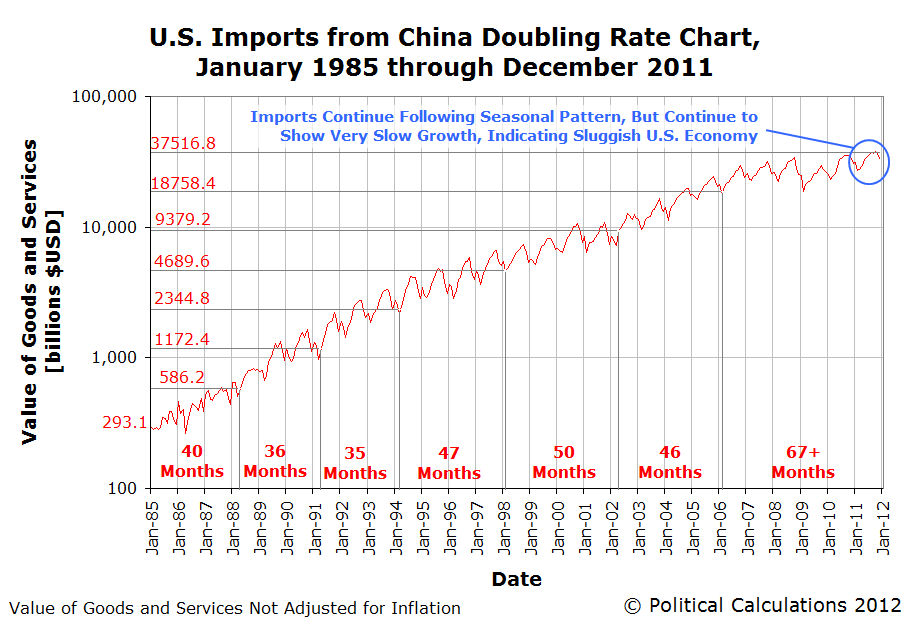 Still, that growth in 2011 appears to be fairly anemic, as it is up only slightly from 2010 levels, indicating continued sluggish economic growth.