This month-over-month change puts the overall level of the S&P 500's index value at the upper end of our forecast range for the month. Or would have done so, if we had not discontinued publicly offering our forecasts! 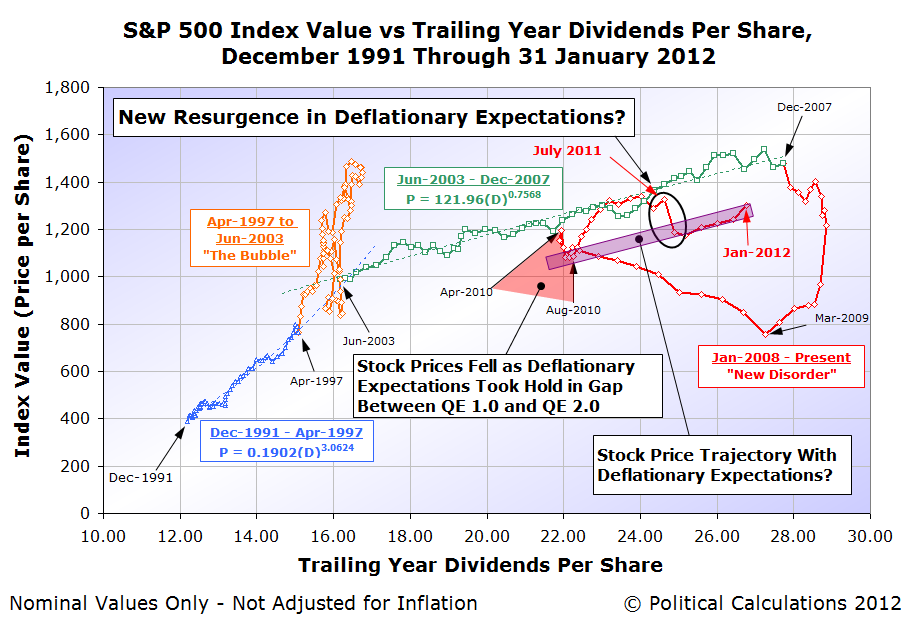 The reason stock prices are rising is because investors are expecting a rising level of dividends per share to be paid out in the future. 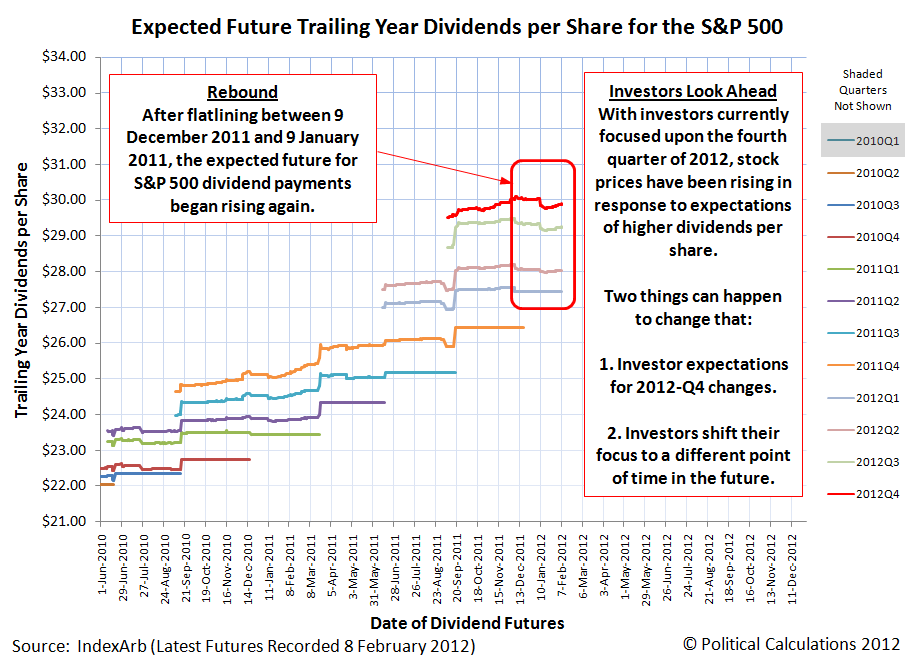 In response, stock prices have swung from the low end of our forecast range to the high end.

With the stock market behaving in such an orderly fashion, it may now be possible to fully switch over to our statistical control chart-inspired methods of monitoring the market. We haven't been able to do that since December 2008!

What that means is that we can now apply additional tools to project both where the market may be heading and whether the market will continue to proceed in an orderly fashion.

For investors, that matters because periods of order in the stock market, where the change of stock prices with respect to their underlying dividends per share may be described by a Gaussian, or normal, bell-curve type statistical distribution typically coincide with sustained increases in stock prices.

Our final chart below identifies the various periods of order that have existed in the stock market since June 1954 - almost from the very beginning of the modern period of the stock market! 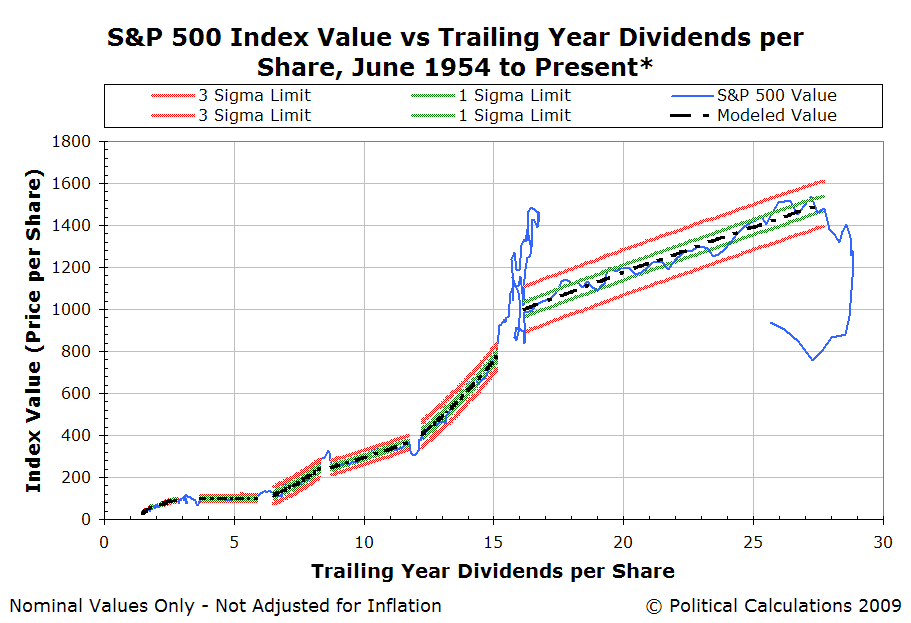 The best news is that any dark cloud on the horizon will likely have a silver lining: previously, before order has broken down in the market, the market has given advance notice, which we have observed in the form of increasing volatility as measured against our statistical control chart-inspired backdrop.

Which means that we have the ability to do the hardest thing in investing - to put an exit strategy for our investments into effect when it matters most: before stock prices take a dive!