Can we use the odometers in the vehicles driven by millions of Americans to tell if the United States is experiencing an economic recession? 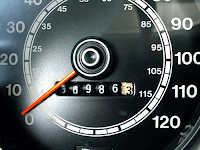 Let's find out! Each month, the U.S. Department of Transportation publishes a report on Traffic Volume Trends in the United States, where it adds up all the billions of miles that have been traveled on the nations roads over the preceding twelve months. The most recent report extends through November 2011.

But how can we use that report to tell if Americans are experiencing an economic recession?

Recessions are periods where economic activity is either greatly reduced or even turns negative. Since traveling is an economic activity, we should expect to see the distance that Americans collectively travel in a recession to follow a similar pattern, which we would observe in the form of a slower rate of growth or even a negative rate of growth.

Since the U.S. Department of Transportation has been publishing its Traffic Volume Trends report, there have been three recessions, as determined by the National Bureau of Economic Research: July 1990 through March 1991, March 2001 through November 2001 and December 2007 through June 2009.

We've created three graphs from the DoT's data, each spanning an eight year period, which show each of these recessions. The first covers the period of time from November 1989 through November 1996: 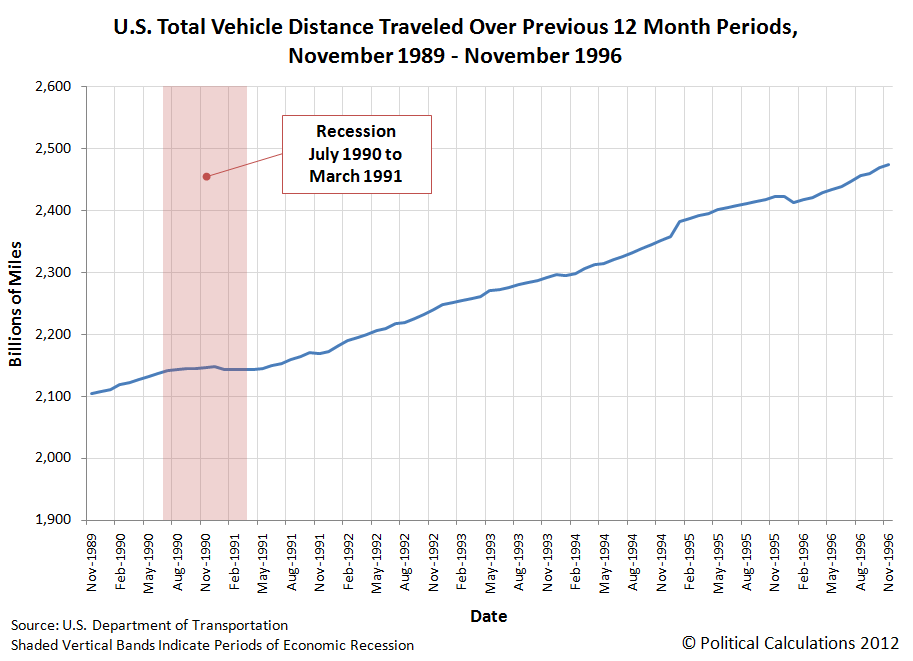 Already we're off to a good start! Here, for the period of recession from July 1990 through March 1991, we observe that the slope of the line showing the billions of miles traveled by Americans in the previous 12 months went flat during the period of recession, indicating a period of low economic growth. Outside of the recession however, we see that the number of miles accumulated by vehicles on America's roads generally rose, which is what we would expect during periods of economic growth.

Our next chart examines the eight year period from November 1996 through November 2003: 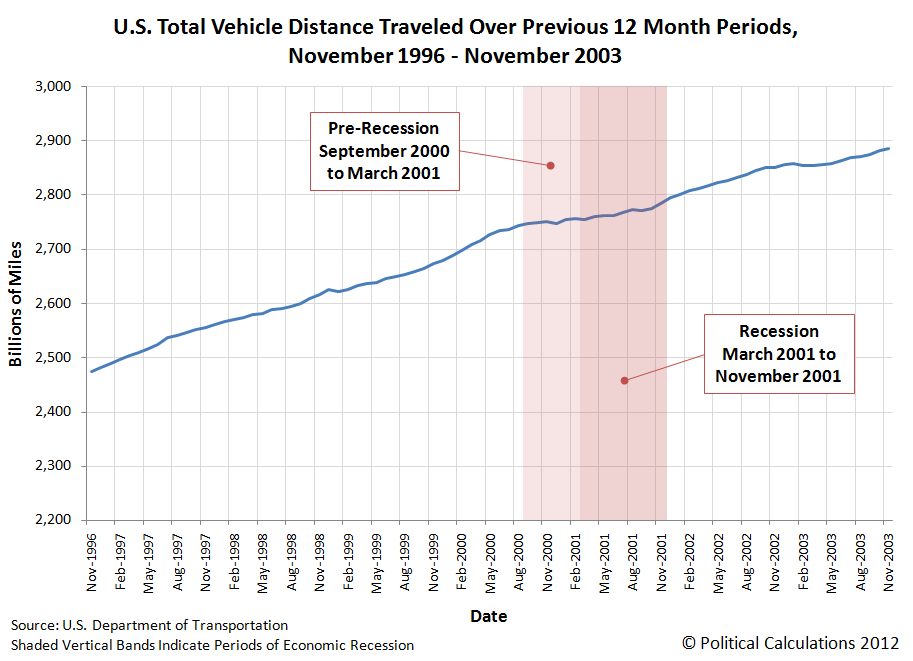 Once again, we observe that most of the periods of time where the U.S. economy was growing coincides with periods of increasing miles being driven on U.S. roads. And we see that the rate at which that increased slowed dramatically during the period of economic recession that officially ran from March 2001 through November 2001, at least as compared to what we typically observe in periods of growth.

We also see that the volume of traffic in the United States slowed significantly in advance of the official recession, beginning in September 2000. That's significant in that this month has been advanced by some economists as being the actual beginning of the 2001 recession, although not by the NBER, which uses a number of measures to make its official recession call.

Our final chart brings us up to to the most recently published data: 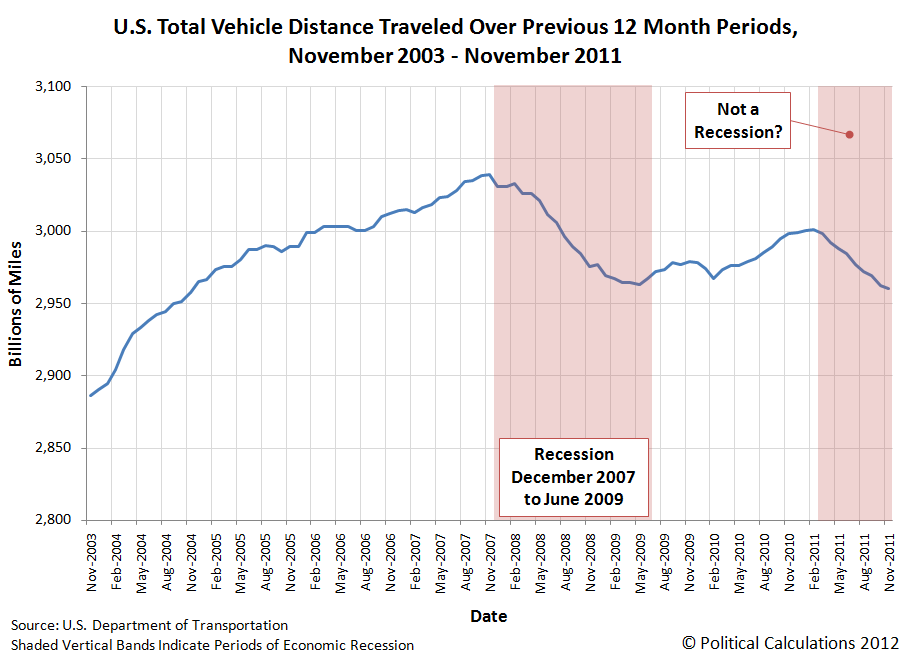 Here, we can see that the most recent official recession, running from December 2007 through June 2009, was especially severe compared to the previous two recessions, in that the number of vehicle miles accumulated on U.S. roads fell dramatically.

We can also see that an economic recovery has taken place in the months following June 2009, as the number of vehicle miles has generally risen following that period, although with some significant dips indicating an uneven pace of recovery.

But then we run into a real obstacle: we find that the total number of miles that American drivers have put onto America's roads over the previous 12 months has been falling steadily since March 2011.

At the very least however, it does indicate a high degree of economic distress during that time.