Political Calculations
Unexpectedly Intriguing!
April 20, 2012
What's Hot and What's Not for Jobs in 2012

The University of Phoenix has published an article on what it sees as the careers with the strongest prospects in the U.S. for 2012, extracting data from the BLS' Occupational Outook Handbook, which was just updated on 29 March 2012 and which looks ahead at the prospects for various careers throughout the current decade. Here are the top five: 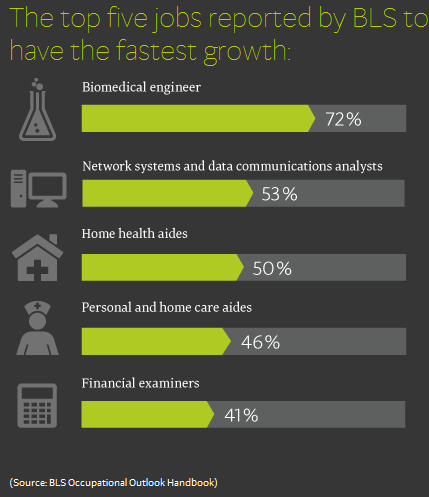 They also identify the five occupations expected to show the fastest decline over the next several years, which we can describe in one word - "textiles": 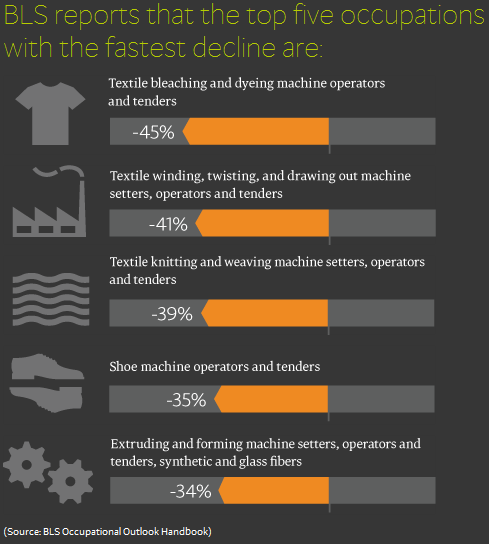 Finally, let's look at what CareerBuilder says are the skills the employers of the future will by seeking among job applicants: 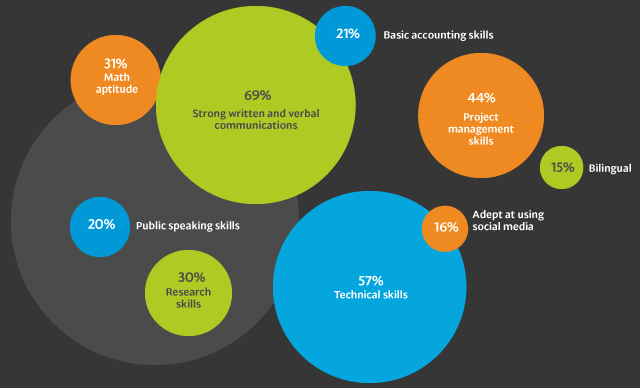 While we can't help but observe that this last chart would be a candidate for a review on JunkCharts (we suppose the big gray circle is there just for decoration), the point made by the actual information presented in the chart is clear. The question for those on the outside looking in at the job market is: "How closely does what you're doing to build up your personal skills to be more attractive as a job candidate look like what employers say they really care about?"