Do you ever get the feeling that the stock market is just taking everyone for one big ride?

If you don't already, you might after you see the full trajectory that stock prices have taken with respect to their underlying dividends per share over the past several years: 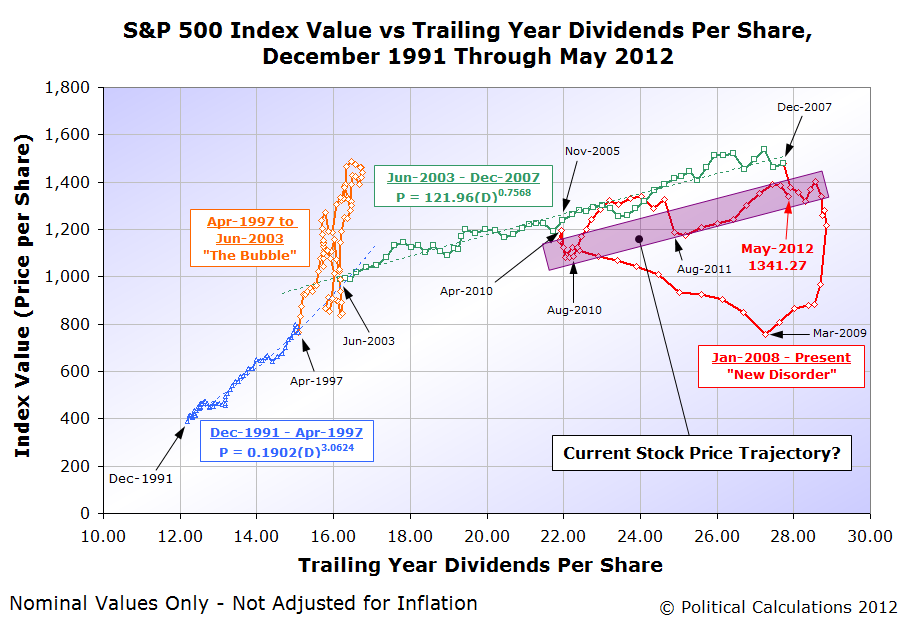 What we find is that stock prices have pretty much been moving in one big clockwise circle, and as of May 2012, it appears that they are set to complete the loop they began when they began collapsing in January 2008, breaking the extended period of order that had existed since June 2003.

Our readers will note that we just observed the same phenomenon with a much shorter period of order in the stock market that ended last month.

And if you really want to have fun with potential coincidences, it does occur to us that the similarities between the breaking of order in the stock market in January 2008 and again in May 2012 might suggest that investors are about to go for another not-quite-so-fun ride around the loop.

We know that investing in the stock market has been likened to riding a roller coaster, but we don't know too many investors with the stomachs who can handle that kind of ride!