Did you just eat something you really shouldn't have? Especially if you're trying to lose some weight? 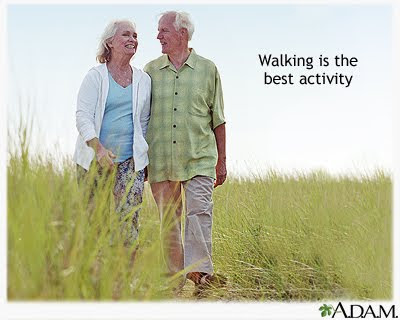 Well, there's a pretty straightforward way to avoid taking the calorie hit to your waistline - you can boost your activity level to burn off the extra food you just took in. But how much do you need to boost it? And how?

Sure, you can go for a run, swim, bike, do aerobics, or some other fitness oriented activity, but what if you can't? Not because you literally can't, but rather, because you're somewhere where you can't dress for those activities - like work, school or just out and about during the middle of your day with hours to go before you might get home.

So you're limited. You need an activity that won't get you all sweaty, but that will help you burn more calories today than you would have had to if you hadn't decided to treat yourself to that treat. Something that you won't look too out of place doing wearing what you're wearing.

If you haven't figured it out long before now, we're talking about walking. And now, since that's really the only healthy and not out-of-place option for your situation, we need to talk about how much extra walking you're going to have to do to wash out that treat you chose to eat.

Fortunately for you, we have an app for that! Just enter the amount of extra calories you consumed, and we'll give you a good ballpark estimate of how much extra walking you're going to have to do to keep them from being a permanent addition to your waistline!

Our tool is based on back of the envelope math done by fitness expert Craig Harper, who translated the amount of time and calories consumed by various treats into the amount of time it would take a 160 pound person to walk them off at a speed of three miles per hour.

As it happens, 160 pounds is the average self-reported weight for a woman in the United States, at least as reported by Gallup, which makes this a pretty useful weight to use as a rule-of-thumb benchmark. If you weigh more than that amount, it will take you a little less time to walk off the extra calories you ate, and it will take longer if you weigh less, but the total amount of time you need to spend walking should be be pretty close.

But really, perhaps the best way to use this tool is as a guide for deciding whether you should eat those extra calories in the first place!