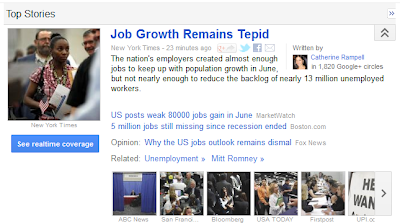 If the major headlines posted on Google News on Friday, 6 July 2012 are any indication, the June 2012 Employment Situation Report for the United States was "tepid" at best, and "dismal" at worst.

But we found a bright spot! For one select group of Americans, June 2012 represented the best month ever since the total employment level of the U.S. economy peaked in November 2007, just before the so-called "Great Recession" officially began!

Even better, the gain in jobs for this group was enough to increase their numbers in the U.S. workforce to levels not seen since September 2009, just three months after the so-called "Great Recession" officially ended!

Who is this mysterious select group of Americans who prospered while so many others suffered? Are they the evil 1%? 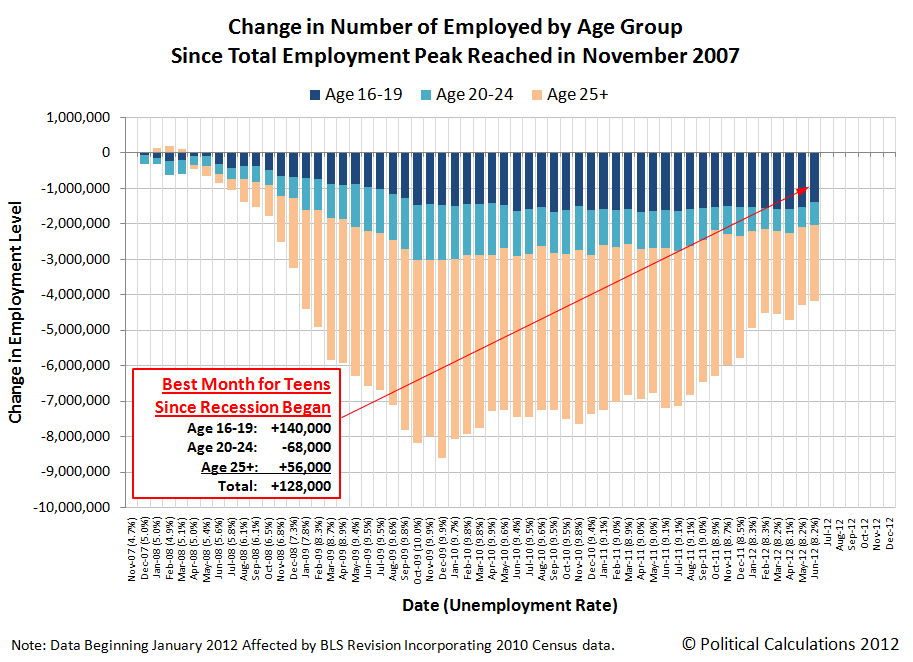 So why are teens making out so well in this first month of summer while everyone else, well, isn't? The Daily Kos reports from 5 May 2012:

President Obama's Summer Jobs+ program, which is lining up commitments from the private sector and from government to create summer jobs and internships for young people, has announced commitments for 90,000 paying jobs, up from the 70,000 previously announced in January, with many more unpaid internships and mentorships (which absolutely must be strictly overseen so that kids aren't just used as free labor without gaining skills or prospects; unpaid work of any kind is a poor enough substitute for paid work without being directly exploitative).

You don't suppose those commitments to hire teens are taking money and resources away from those companies being able to hire others at this time, do you?