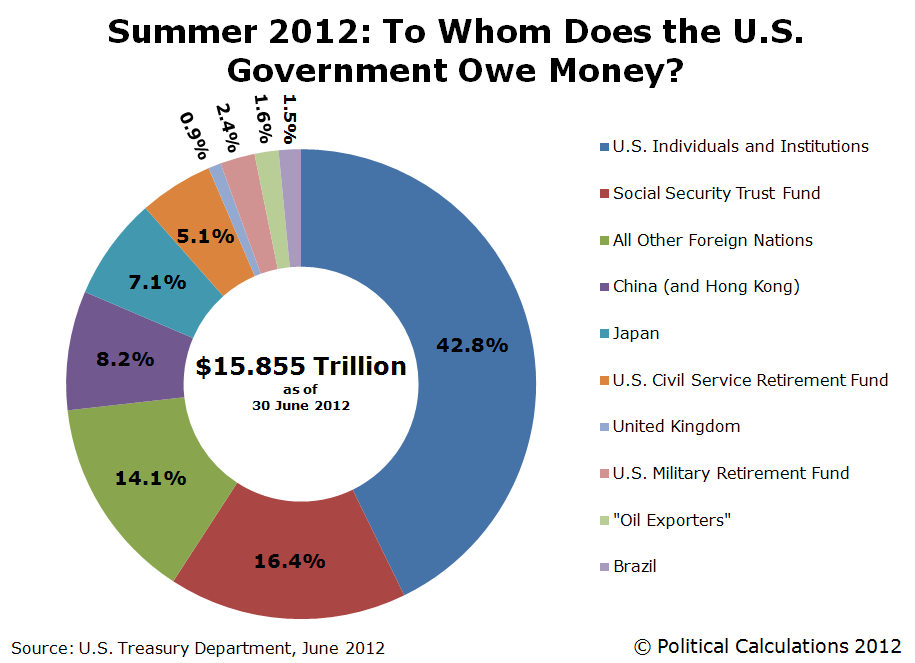 Although the United States' total public debt outstanding has now exceeded 16 trillion dollars, at least as of 31 August 2012, the relative percentages for the major holders of all the debt issued by the U.S. government shown above are likely unchanged.