As we expected, economic growth in the United States picked up in the third quarter of 2012, increasing from the annualized growth rate of 1.3% recorded in 2012-Q2 to 2.0% in the BEA's initial GDP estimate for 2012-Q3.

The BEA will revise this figure twice more before the end of the year. We anticipate that it will be adjusted upward, as the third quarter of 2012 likely recorded the U.S.' strongest economic performance for the year. 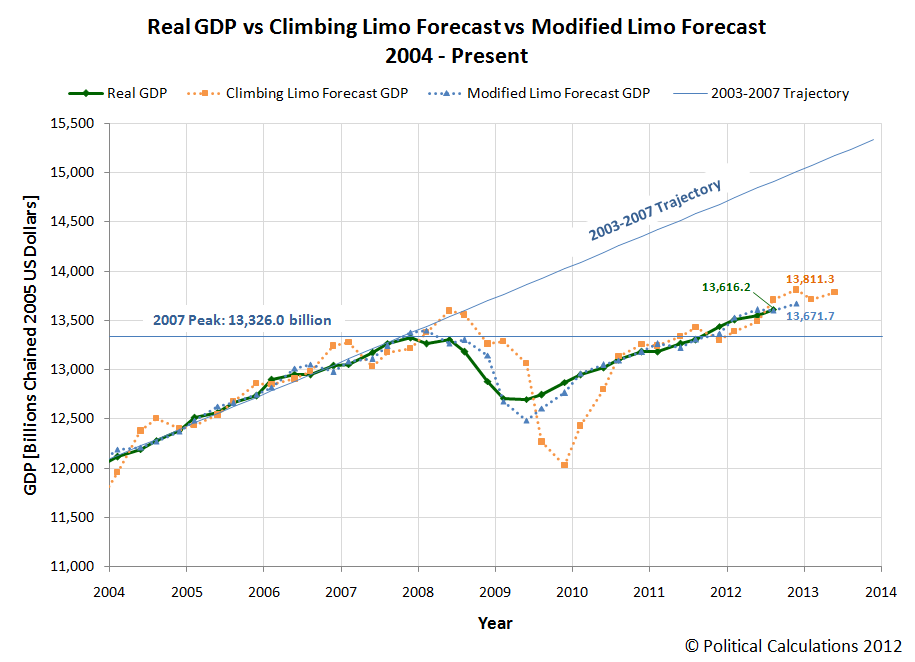 By contrast, our inertia-based forecasting methods point to a slowing economy in the current fourth quarter of 2012. Our chart uses the BEA's initial estimate for 2012-Q3 GDP to project a first look at where we can reasonably expect GDP in 2012-Q4 to be recorded. 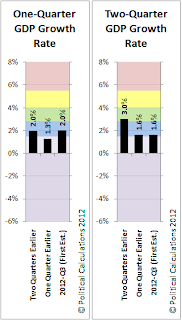 We estimate the following odds that real GDP will be recorded within the indicated ranges for 2012-Q4 (all expressed in terms of constant 2005 U.S. dollars):

In considering the overall strength of economic growth in the United States, our one and two quarter temperature gauges both indicate the economy is currently performing in the "cool" zone, indicating sluggish economic growth. Our less volatile two-quarter GDP growth rate temperature gauge indicates that the U.S. economy is actually trudging along at near-recessionary levels.

We anticipate that this condition will continue through the fourth quarter of 2012 and will worsen going into 2013.