Following on the heels of our finding that the increase in the share of single person households over time is the primary factor in the observed increase in U.S. income inequality for households over the last six decades, we thought it might be interesting to share what we found in the U.S. Census' data from 1940 onward regarding the growth trend of Americans living alone. 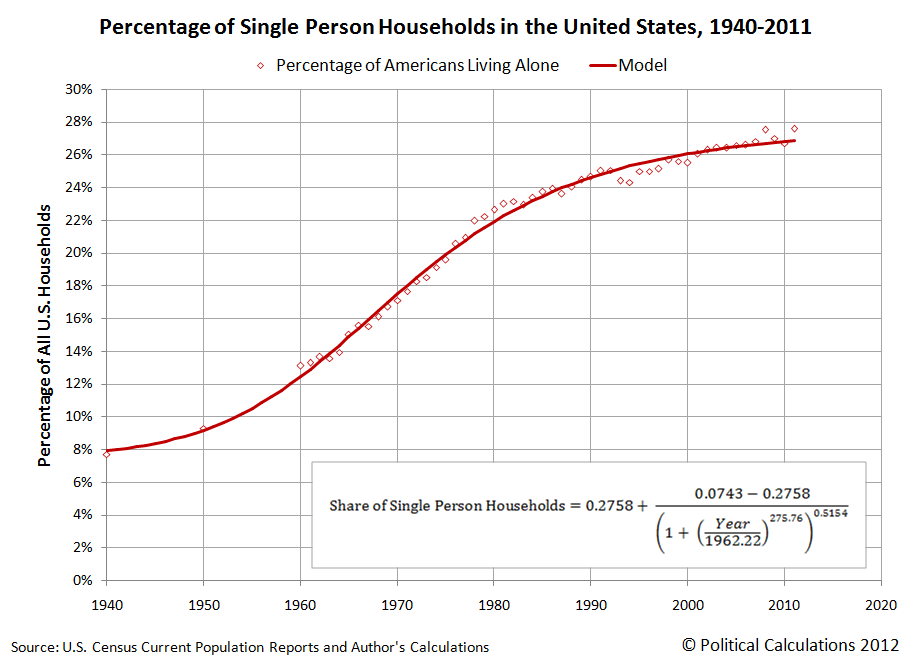 In essence, the number of single-person households in the U.S. grew exponentially from 1940 into the mid-1960s, then steadily from then until about the early 1980s and at a decelerating pace in the years since.