Through November 2012, the U.S. employment situation for young adults Age 20-24 was good, for all older adults it was bad, and for teens, it was "meh". 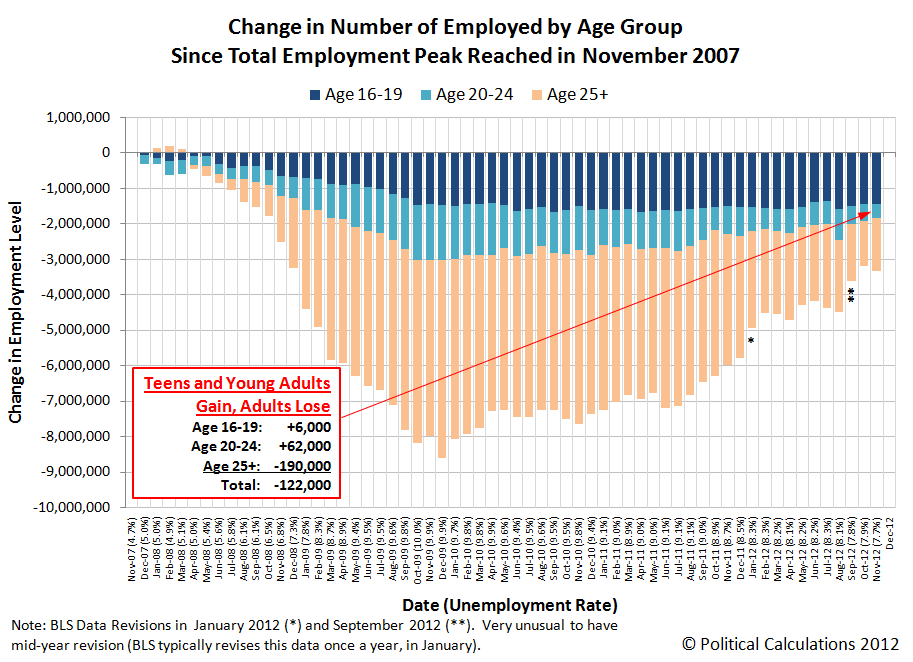 Looking at the total decline in the number of employed Americans through November 2012, jobs lost by U.S. teens account for 43.4%, young adults for 12.2% and adults Age 25 and older account for 44.4% of all jobs that have disappeared from the U.S. economy over the last five years.

In retrospect, it seems that the U.S. Congress' action to boost the minimum wage by nearly 41% in three stages from 2007 through 2009 without doing anything to boost the revenues of teen employers by an appropriate percentage to compensate them for their higher costs of doing business during this period of time wasn't such a hot idea.