Today's data visualization exercise features the Bureau of Labor Statistics' data reporting the number of U.S. teens working either full or part-time, which goes back to January 1968. Our first chart improves on the BLS' data, by showing how both full and part-time working 16 to 19 year olds make up the complete teen employment scene: 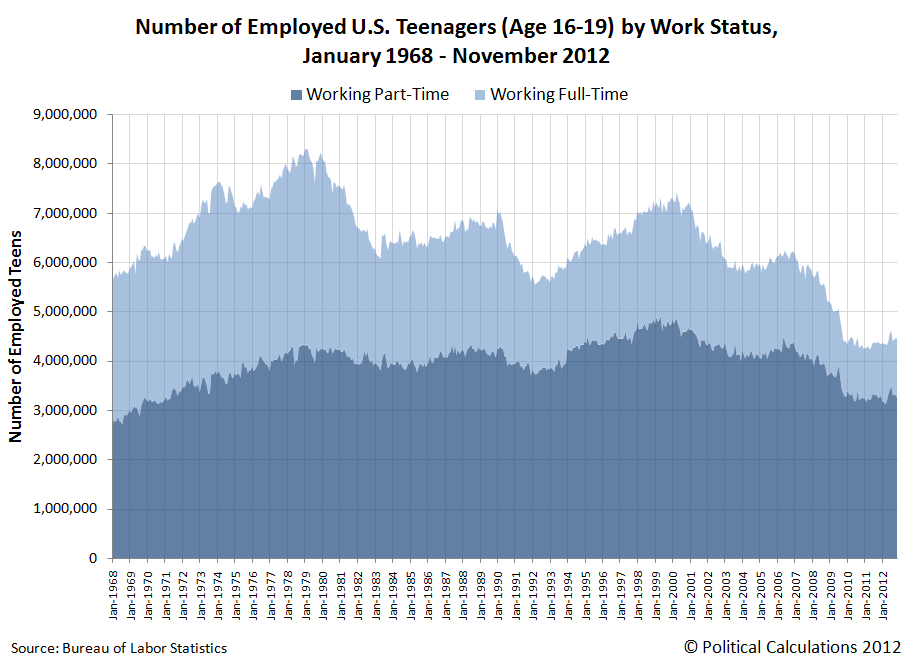 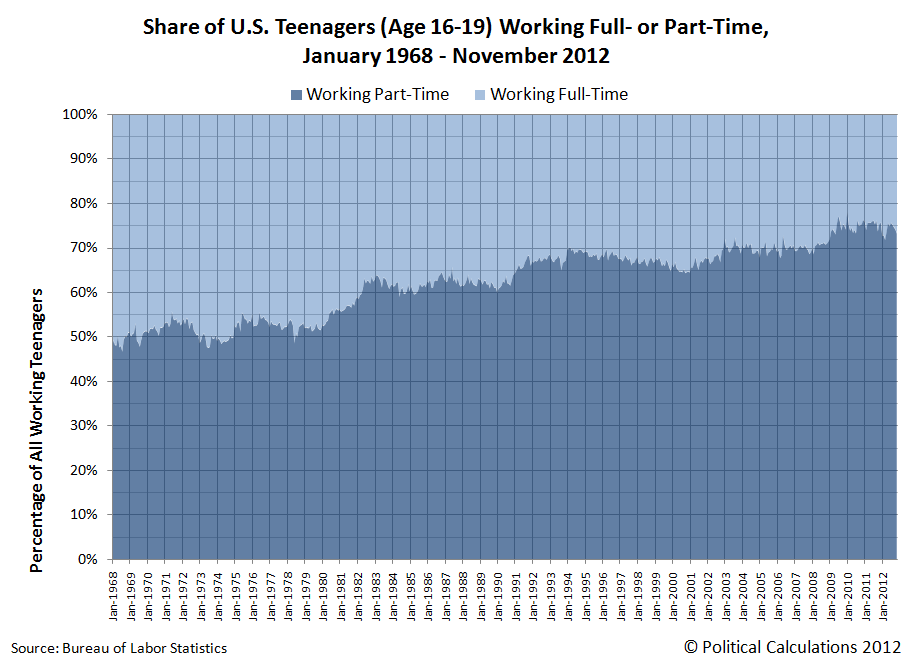 As a short primer to the reasons why the decline in the relative share of full-time jobs for U.S. teens looks the way it does, we'll point you to one document, which reveals the history of both the U.S. federal and California's minimum wages. Note the timing of when major shifts occur in our two charts with the dates listed....