In February 2013, the U.S. Bureau of Labor Statistics reported that some 143,492,000 Americans were counted as having jobs, as the official unemployment rate for the U.S. dropped to 7.7%. The last time that many Americans were employed was November 2008. 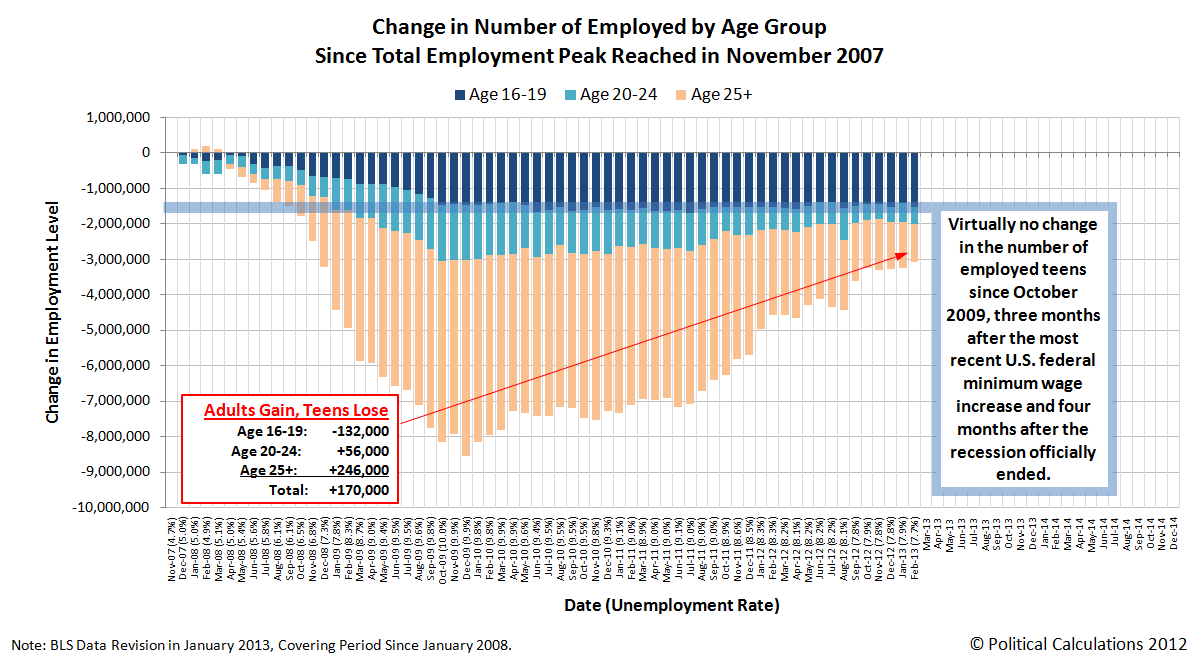 There has been no sustained improvement in the employment situation for U.S. teens since October 2009. That's four months after the "official" end to the Great Recession and three months after the most recent federal minimum wage increase.

Looking at the establishment portion of the survey, the U.S. economy appears to have added 236,000 non-farm payroll jobs in the month of February 2013 after seasonal adjustments, increasing that total to 135,046,000. (Note: The establishment survey data is subject to large revisions).

Of these new jobs, approximately 1 in 5 of the net gain are in the field of construction, primarily for specialty trade contractors (such as roofers, electricians, etc.), which account for two-thirds of the reported increase in the industry. 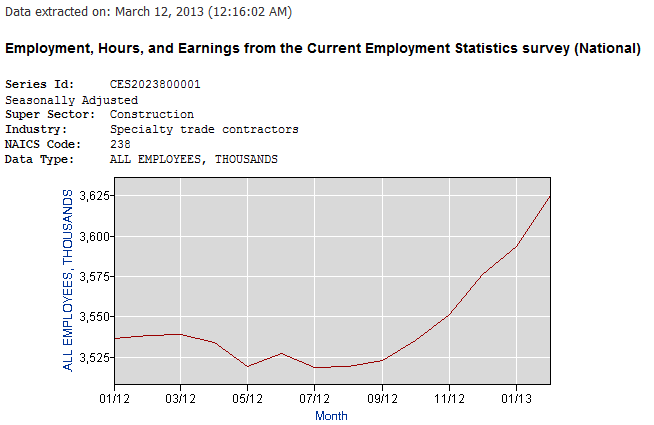 That suggests that the recent uptrend in the U.S. housing market that began after September 2012 is accelerating, which is acting as a positive factor for the U.S. economy, and which is offsetting a number of negative factors, such as the effects of the recent payroll tax hike and higher gasoline prices.

The Fed had announced on 13 September 2012 that it would launch a $40 billion per month quantitative easing program as part of the third edition of its various quantitative easing programs of recent years, where it would buy up mortgage-backed securities issued by U.S.-government support entities like Fannie Mae and Freddie Mac to try to further stimulate the U.S. economic recovery in this industry.

This aspect of the Fed's quantitative easing programs appears to be successful, as it offset otherwise negative circumstances that drug the U.S. economy down to near recessionary levels in the fourth quarter of 2012.

The lack of change in the rate at which it is actually acquiring U.S. Treasuries then is the real reason why the Fed's latest QE program has had such little impact upon stock prices. As ZeroHedge observed back on 13 September 2012:

What is scariest, is that as of this moment, all of this is priced in. Any incremental gains in the stock market will have to come from additional easing over and above what Bernanke just announced.

The potential for additional easing is the "wild card" aspect to which we keep referring with respect to the Fed's QE programs in our observations of how changes in the rate of growth of stock prices are behaving with respect to their underlying dividends per share on recent Mondays, which we've specially updated for this Tuesday.... 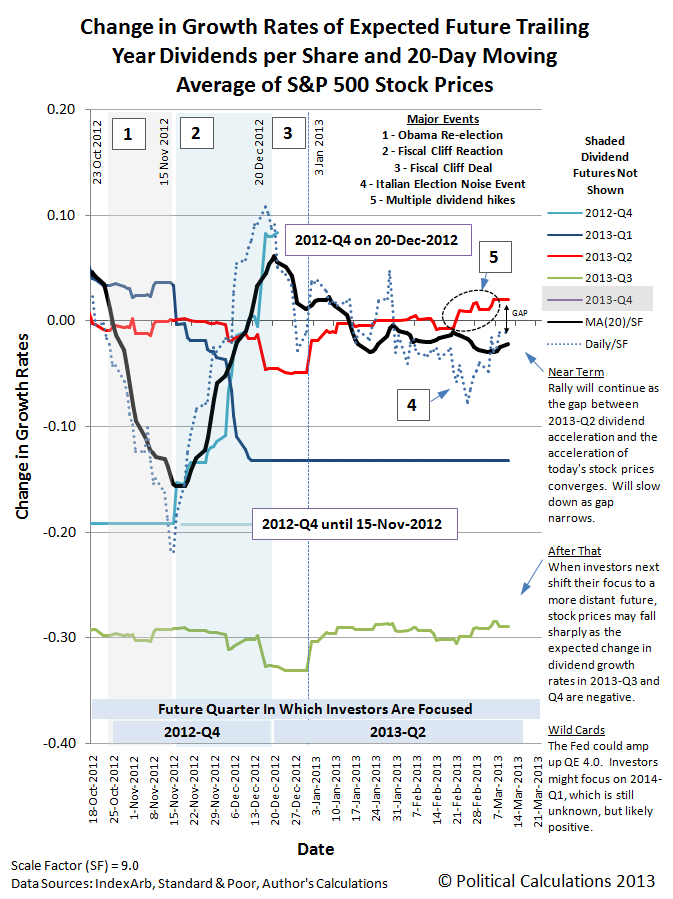 And that is how jobs, the economy, the Fed's latest quantitative easing program, and U.S. stock prices are all fitting together in context!