As expected, the 20 day moving average of the change in the growth rate of S&P 500 stock prices topped and fell back toward the level where the year over year change in the growth rate of the S&P 500's dividends per share expected for the first quarter of 2014 would have them. Mind the notes in the margin of our chart below and note the differences from the previous version....) 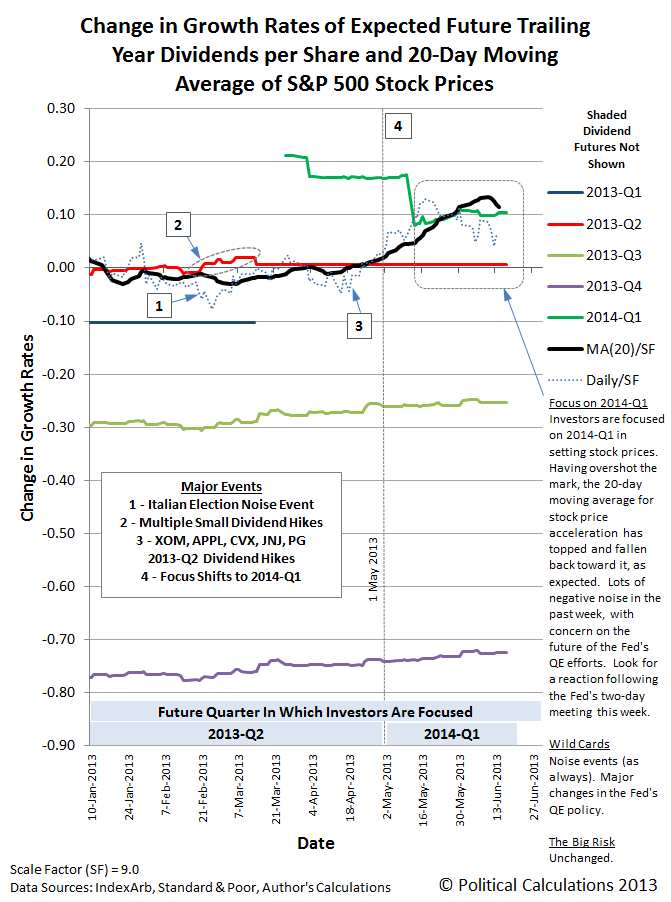 What was different about the past week was a new outbreak of noise in the market, mainly concerned with the future of the Federal Reserve's current quantitative easing programs, which exerted a negative influence that pulled stock prices lower during the week. Here, we can expect a reaction following the Fed's two day meeting this week, with the direction and magnitude of the response dependent upon how convinced serious investors are of the Fed's intentions for sustaining the program.

We'll recommend two posts by Scott Sumner for discussions of why that response matters so much:

To which we'll also point to our own analysis of how the U.S. economy performed in the first quarter of this year:

Like it or not, that's the world investors and the Fed live in now. If it helps, think of today's professional traders who are so distressed over the slightest possibility that the QE punch bowl may be taken away at some distant point in the future as a bunch of pansies that need frequent watering so their confidence can grow.... 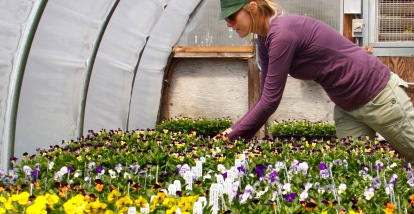