In June 2013, there were 20 public U.S. companies that announced that they would cut their dividend payments going forward. Unfortunately, that's double the level that indicates that the U.S. economy is experiencing recessionary conditions. 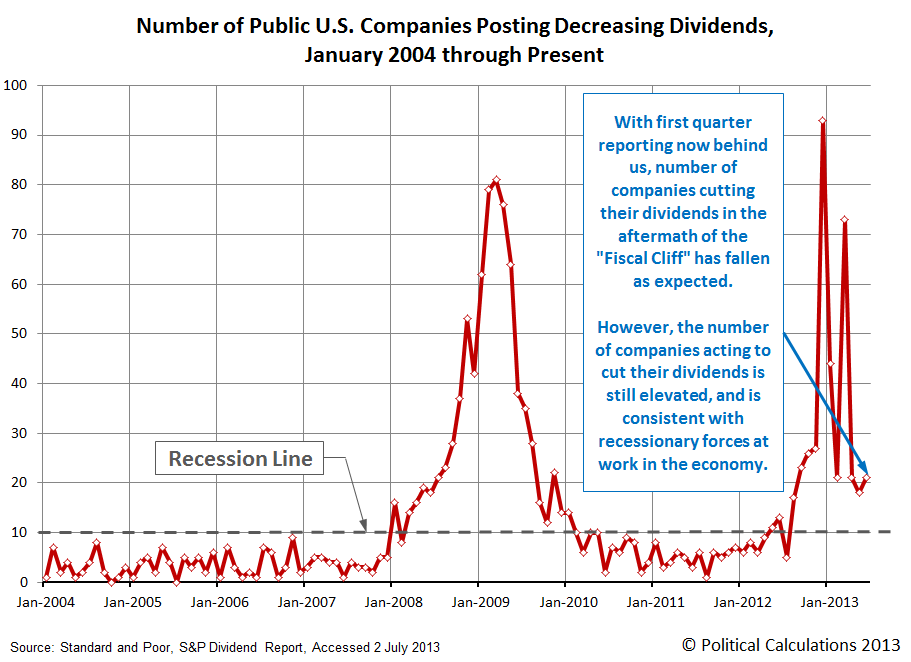 In the chart above, we see that the number of U.S. companies slashing their dividends first tipped over the "recession line" back in May 2012, before dipping back for a single month in July 2012, and then remaining steadily above the line ever since, with one four-month long period of extreme volatility.

The Bureau of Economic Analysis will be releasing a major, mulit-year revision of the nation's GDP at the end of July 2013 - it will be interesting to see if any part of the period since May 2012 will be reclassified as having experienced the negative growth that corresponds to periods of outright recession.