If the purpose of federal government-provided welfare benefits is to lift people above the poverty line, where they would have sufficient income to cover the basic costs of food, clothing and shelter, does it really make sense for the federal government to be even more generous with the taxpayer's money than that?

And yet, in 33 states and the District of Columbia, the federal government is being extremely generous with taxpayer dollars: 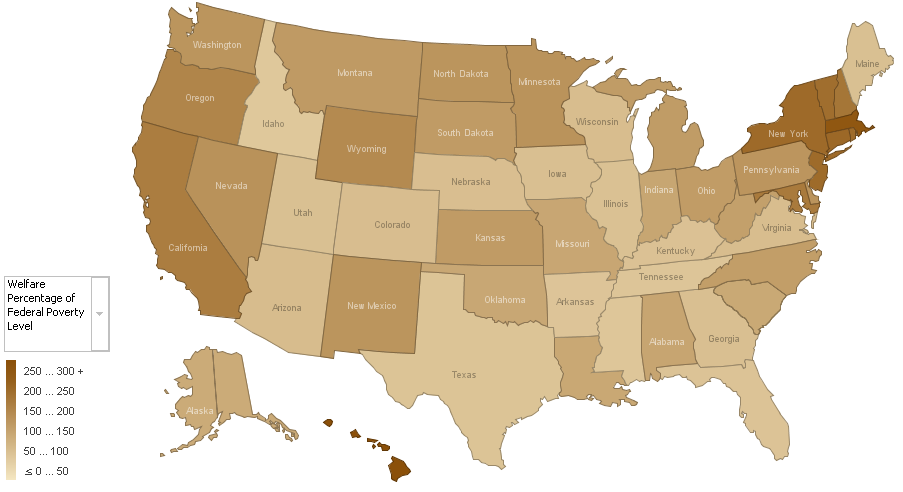 The data in the chart above is based upon Michael Tanner and Charles Hughes' recently-published study of the typical government-provided benefits that are available to a typical welfare recipient - a three-person household consisting of one adult and two children, which we've divided by the official federal poverty income threshold for each state.

We've provided an interactive version of the chart below, which will also let you mine down into and visualize the source data for our chart:

Amazingly, welfare benefits can take their recipients well over the 200% of poverty threshold mark in 10 states, mainly concentrated in the northeastern part of the U.S., but also including Hawaii, which tops the charts at over 275%. California falls just shy of that mark at 195%.

Since welfare benefits are not subject to tax, we wonder if this extreme generosity is creating a situation where the people who actually have to be productive to earn the equivalent incomes that welfare recipients enjoy are kicking themselves for being too stupid to exploit the system the same way as their nonproductive peers are led by their communities' organizers.

Rather that see that situation grow into outright hostility, we think the real answer is to treat the recipients of government-provided welfare the same way that people who work for a living are treated by the government, but with just a bit of compassion. 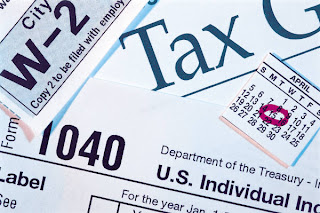 Here's an idea: let's require that the federal, state and local government agencies responsible for dispensing welfare benefits issue 1099 tax forms to welfare recipients documenting the full value of the benefits they received and also to the IRS.

The welfare recipients would then have to report this unearned income on their federal tax returns. Any amount provided in excess of the difference between the federal poverty level that applies in their state and any regular income they may have earned should then be taxed at the same rates that apply for unearned income.

It's one thing to accommodate the basic needs of people who struggle to make ends meet in taking care of their most basic needs, but it's quite another to give welfare recipients benefits whose value far exceeds that level. By making the excess portion of their otherwise "free" income subject to tax as the unearned income it really is, they'll be treated just the same as those in the Top 1%, who also have lots of unearned income, and will share the same burden of taxes.

And just like the Top 1%, they will have the ability to choose how much unearned income they have subject to being taxed above the federal poverty threshold to minimize their tax bill.

It may not be an ideal way of dealing with having government welfare benefits be provided so far in excess of that required to boost individuals and families above the poverty line that applies in their states, but it certainly would be a lot more fair all around than today's situation.