The second U.S. housing bubble has been inflating for just over a year now!

July 2012 marks the zero point for the inflation phase of the new housing bubble, with its expansion really beginning to take off in August 2012. And now, since we have the latest median household income data for the month of July 2013, we can show just how much it has inflated as it reached its first birthday! 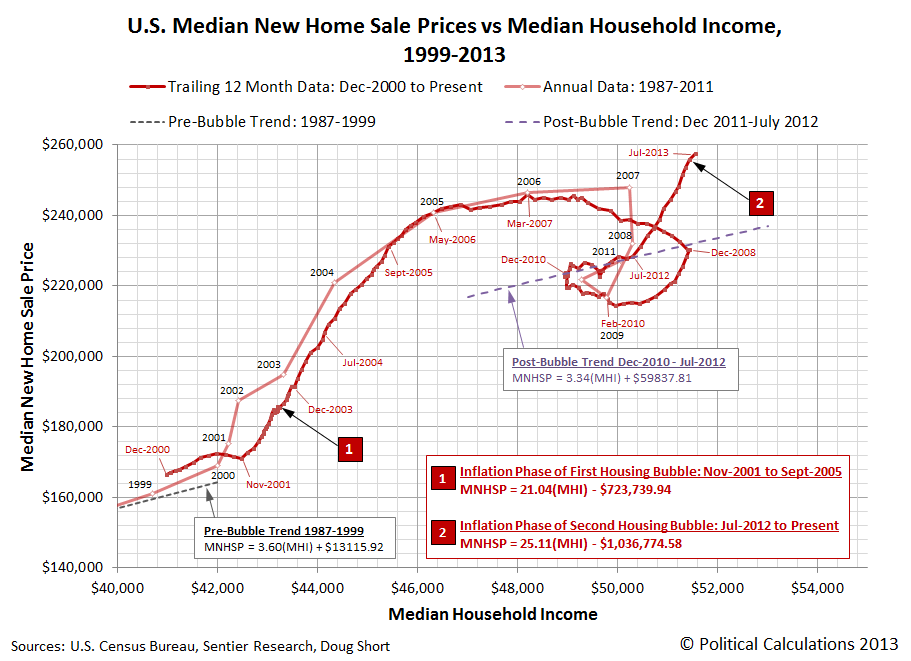 Our chart above shows the data and trends for the non-inflation-adjusted twelve-month trailing averages of both median new home sale prices and median household income for each month since December 2000. In looking at the current trend, since July 2012, the median sales price of a newly constructed home in the United States has gone up by just over $25 for every $1 that median household income in the United States has increased.

We'll close this edition of our ongoing series exploring the inflation of the second U.S. housing bubble by looking at the long-term view of what established equilibriums for median new home sale prices really look like in the United States, which is how we really know that what is going on in the U.S. housing market is really a bubble: 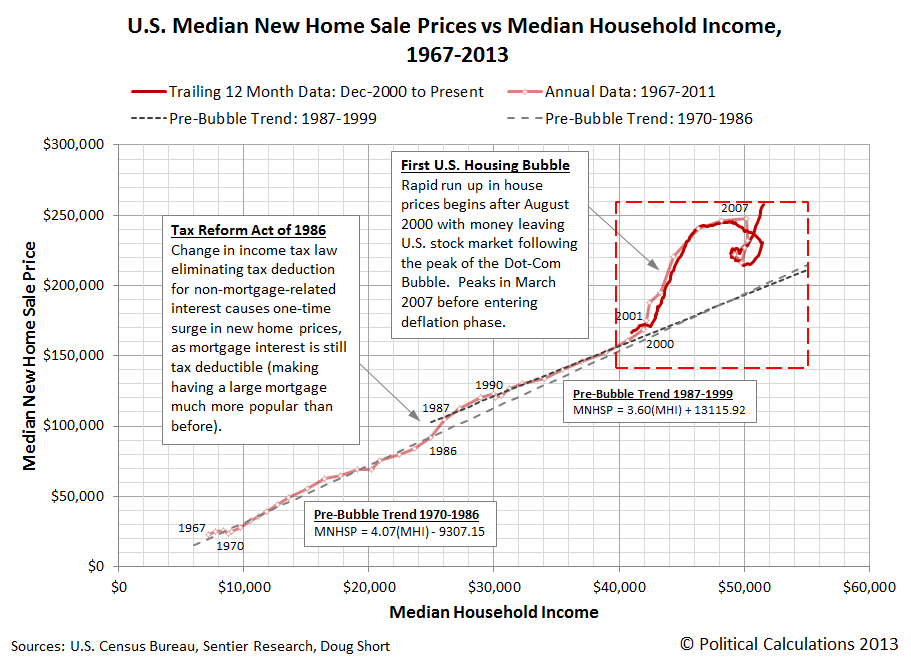 Since 1967, median new home sale prices in the U.S. have typically increased by anywhere from $3.37 to $4.09 for every $1 increase in median household income in the absence of any periods of bubble inflation or deflation in U.S. housing markets.

At its first anniversary, median new home sale prices in the second U.S. housing bubble are inflating at a rate that's over six to seven times greater than those typical levels!

But perhaps more telling about the now one-year-long escalation in median new home sale prices, is that the next time we feature an update about the second U.S. housing bubble, we're going to need to adjust the vertical scale of our charts so they can contain the newest data.

Sentier Research. Household Income Trends: July 2013. [PDF Document]. 2 September 2013. Accessed 2 September 2013. [Readers should note that we have converted all older inflation-adjusted values presented in this source to be in terms of their original, nominal values (a.k.a. "current U.S. dollars") for use in our charts, which means that we have a true apples-to-apples basis for pairing this data with the median new home sale price data reported by the U.S. Census Bureau.]