How much would the U.S. federal government need spend per household to even come close to balancing the annual U.S. federal budget?

The answer is presented in a single picture below: 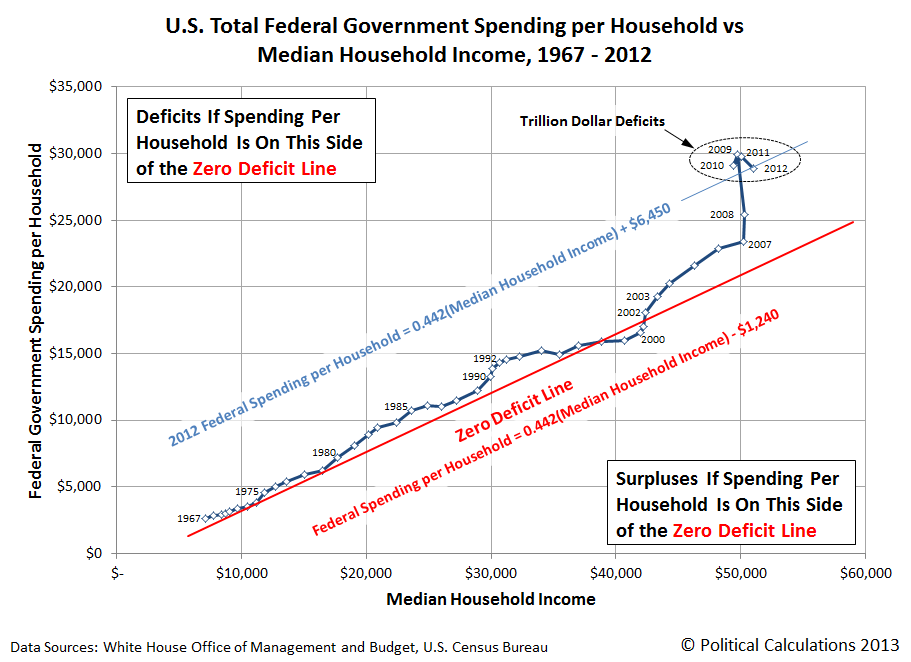 Also keep in mind that the U.S. national debt will only continue to rise if the amount of federal government spending keeps falling on the wrong side of the Zero Deficit Line.