How much will the furloughing of a reported 815,932 federal government employees, or 18.5% out of its estimated total of 4.4 million employees, which includes all military and postal service employees in addition to its civilian executive branch employees, reduce the United States' GDP? 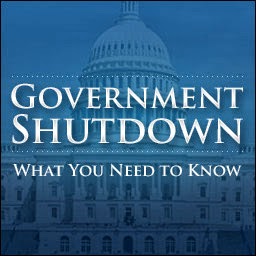 Since the 815,932 furloughed employees are part of the 2,005,239 civilian members of the executive branch of the U.S. government, we'll use the average federal employee annual income of $74,436 for this portion of the federal government workforce to estimate the scope of the furlough upon the U.S. economy.

Readers should note that the average income of federal government employees is over 24% greater than the average income of $59,804 that is earned by Americans who work all-year-round in full-time jobs, and does not include the $40,000 worth of benefits that the average federal government employee also receives in compensation. We will not consider the value of these benefits in this analysis because the furlough is unlikely to last long enough for the furloughed federal employees to lose any of these benefits.

On a side note, if you'd like to see what your percentile ranking would be among the civilian employees of the federal government's executive branch, we have an app for that!

As always, if you're reading this article on a site that republishes our RSS news feed, click here to access a working version of this tool!

For the default values in our tool, we find that the United States' nominal GDP would be reduced by 0.030% if the furlough of these 815,239 federal government employees extends for as long as 21 work days, which would fully cover the entire first calendar month in which the federal government might be partially shut down.

That would be a worst-case scenario. 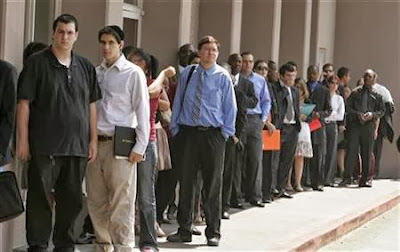 The first thing to keep in mind is that like the public school employees who aren't considered to be employed during their schools' spring breaks, federal government employees being furloughed for an extended period of time are likely to apply for and receive unemployment insurance benefits, which will not be affected by the federal government shutdown in states that were prepared for it, and which will partially offset the impact of any loss income for these individuals.

The amount of unemployment compensation they might receive will vary by where they are stationed, their annual income and also by how long they are furloughed. Since most federal government employees are stationed in Washington D.C., Maryland and Virginia, the maximum weekly benefit they might be paid in unemployment compensation is $405, $410 or $378 respectively, which is likely what most would receive since federal employees are in the top tier of all income earners in the U.S.

While they would likely file their initial unemployment insurance claim this week, they wouldn't receive any unemployment benefits unless and until they have not been working for seven calendar days. Assuming that the furlough extends at least that length of time, once they do begin receiving this compensation, the negative economic effect to the nation of their being furloughed would be reduced by roughly 25%.

So, instead of a negative impact of 0.030% on the nation's GDP, the U.S. economy would instead experience a negative impact of just 0.022% as the result of the furloughed federal government employees not earning any income. Of course, that also doesn't consider other welfare programs of which furloughed federal government employees might soon get to take advantage, such as the Supplemental Nutrition Assistance Program (a.k.a. "food stamps"), which also is not affected by the shutdown.

The answer then to the question we asked in the original title for this post is "yes, there will be a very small and negative effect on GDP", but with numbers like these, even if the partial U.S. government shutdown continues for an extended period of time, the negative effect will be almost indistinguishable from noise.

And we're afraid that the Federal Reserve's decision to not begin tapering its QE programs sooner, when many had expected it to trim the program by $10 billion per month, almost double the amount of income that furloughed federal employees would not earn in that time, means that the Fed has already effectively acted to neuter the negative effects of the partial federal government shutdown on the U.S. economy by keeping its QE programs going at the levels they are.

National park expert Warren Meyer weighs in on the single most negative aspect of the partial federal government shutdown, and also on one analyst's estimate of the impact to the national government if it lasts one month. Somebody at Moody Analytics needs to do a better job in putting their decimal points in the right places!...