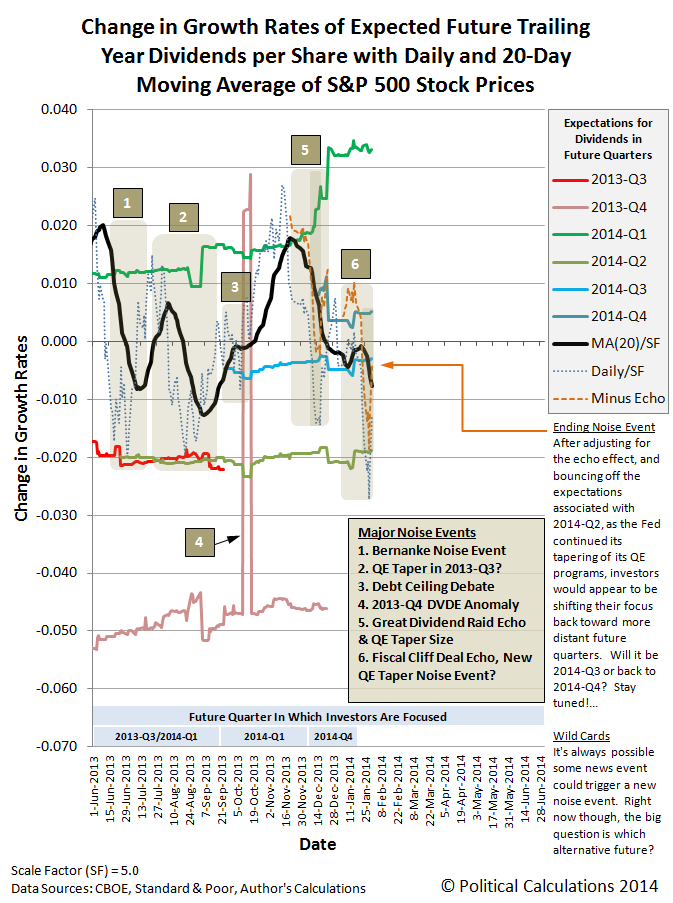 This outcome brings up a curious situation where we can directly challenge the theories of two of the three most recent recipients of the Nobel Prize in economics: Eugene Fama and Robert Shiller.

Starting with Shiller first, Chris Dillow recently provided a great description of Shiller's work and how it led to progress in the field of economics:

Back in 1936 Maynard Keynes said that share prices were more volatile than they should be. “Day-to-day fluctuations in the profits of existing investments, which are obviously of an ephemeral and non-significant character, tend to have an altogether excessive, and even an absurd, influence on the market,” he wrote. Prices, he continued, are “liable to change violently as the result of a sudden fluctuation of opinion.”

This, though, was no more than an idle claim. He offered no evidence to support it, other than a passing reference to American ice manufacturers and UK railway shares. It was a mere hypothesis.

Then in 1981 Robert Shiller – in work which was to win a Nobel prize – provided some solid support for this. He calculated that between 1871 and 1971 the S&P 500 was between five and 13 times more volatile than could be justified by changes in expected dividends.

But our story doesn’t end there. Why are shares more volatile than dividends? The inference which Shiller invited was that investors were simply irrational. But he didn’t provide direct evidence for this. And this invited another interpretation of his result. If investors attach reasonable and varying probabilities to events which could have happened but did not, then prices will seem excessively volatile in hindsight even though they are reasonable at the time.

Take a moment, if you would, and read through the portion of our previous installment where we described how investors behaved through the end of 29 January 2014 (before we embarked on a "what-if" scenario).

It occurs to us that we now have a means by which we can quantify how investors might rationally and reasonably respond to risks in real time by assigning probabilities to events as they develop. For those events where the risk that investors face cause them to shift their forward-looking focus from one period of time to another, we can estimate the probability that they have assigned to the event in question by calculating how much the change in the growth rate of stock prices has deviated from the expectations associated from the level they were to the level associated with the expectations that go along with the event.

The level of expectations for each event is given by the change in the expected growth rates for dividends in future quarters.

With that in mind, let's do that now with stock prices immediately before and after the 22 to 29 January 2014 noise event: 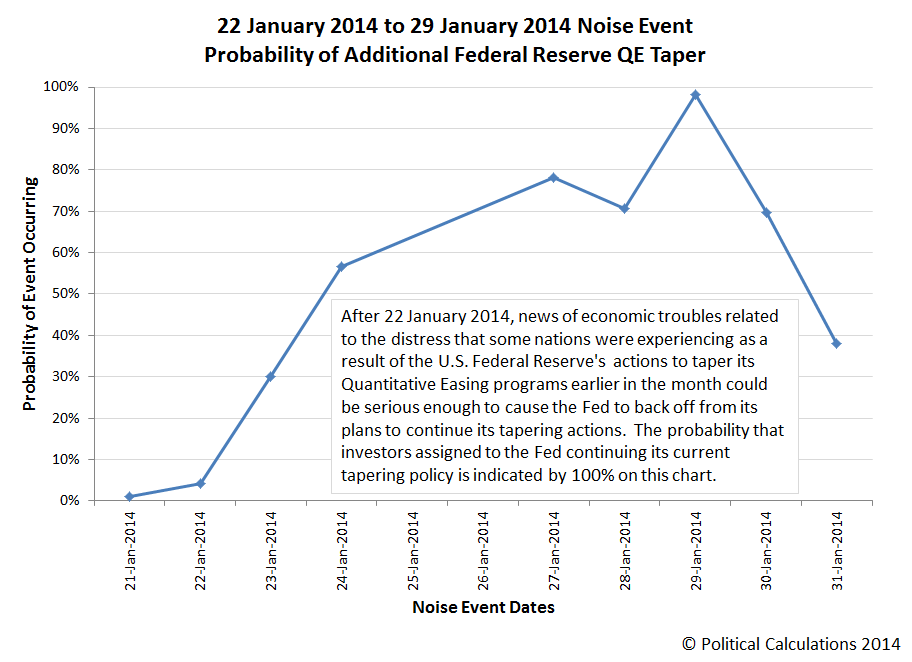 If all this sounds or looks somewhat familiar, it's because this isn't the first time that we've demonstrated this phenomenon with respect to expectations of the Federal Reserve's QE tapering policy.

Meanwhile, Eugene Fama's main contribution to the understanding of how markets work is the idea that markets are efficient - that asset prices reflect all known information because the market almost instantly incorporates information as it becomes known.

But if that's completely true, why wouldn't stock prices have instantly fallen to the level they reached on 29 January 2014? It's not like there were ever high odds in favor of the Fed not continuing its tapering of its QE bond buys.

While that's bad news for current state of Nobel prize-winning economic theory, the good news is that if these kind of inefficiencies exist, it means that a sharp investor could take advantage of the resulting opportunities to profit, provided they could recognize and act upon them in real time.

This is not to say that either Shiller's or Fama's theories are completely wrong, since our own work in this space wouldn't be possible without very large portions of their preceding accomplishments, for which they have deservedly earned Nobel prizes. We would instead observe that there's more in markets to discover than what either Shiller or Fama have found.