In order to sustain dividend payments to their shareholders, companies generally need to have a couple of things going for them:

If either one of these things falls short on a sustained basis, the company may need to reduce their dividends. And that, of course, is almost universally bad for share prices, given the basic fundamentals for how stock prices work.

That in turn is bad for the company's primary owners and managers, who in addition to taking a financial hit on the shares of stock they might own in the company, also have to deal with a large number of very angry shareholders who weren't part of the decision, whose anger might force changes in the company's business practices and executive ranks.

So whenever a company acts to cuts its dividends, it's a pretty good indication that the company is experiencing some kind of real economic distress, because the outcome of that action is something that the company's primary owners and managers would seek to avoid if it were at all possible because of the pain associated with it for them. Yesterday, we showed that the number of U.S. companies acting to cut their dividends is once again consistent with recessionary conditions being present in the U.S. economy: 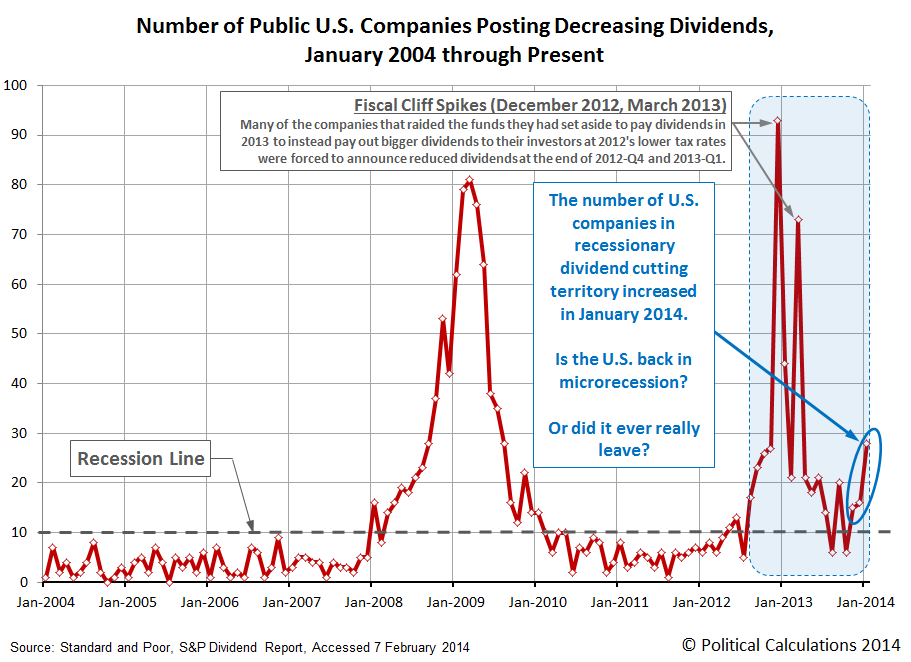 So is there a connection between companies cutting dividends and the employment situation in the United States?

We've taken the chart we normally use to track the change in the number of employed Americans by age since the total employment level in the U.S. peaked in November 2007, just before economic expansion peaked and the nation officially entered recession a month later, and have indicated with light red shaded lines the periods coinciding with an elevated number of companies cutting their dividends: 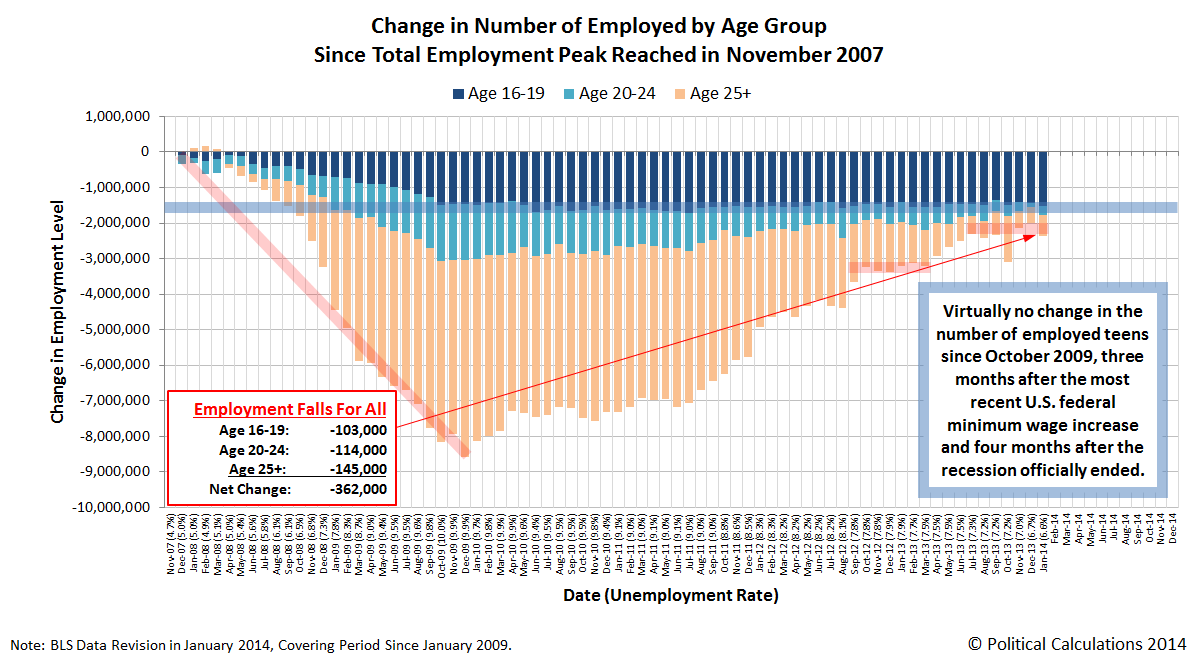 What we find is that whenever there are steadily more than 10 companies acting to cut their dividends in any given month, the trend in the number of employed Americans either falls, as when the economy is experiencing a full-fledged recession, or goes flat, as is the case at present, when an improving trend for employment stalls out.

What we observe with the employment situation at present is consistent with our previous observation that the U.S. economy is experiencing a microrecession.