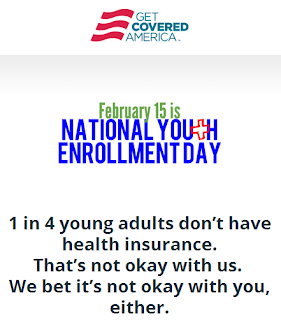 The Affordable Care Act (aka "Obamacare") is unraveling on many levels, but perhaps most so on the personal finance level for the consumers of both health care and health insurance.

That's particularly true for healthy, young Americans, who the Obama administration and its health insurer crony capitalist partners were counting upon to enroll in much, much greater numbers than they are. Because these individuals represent up to 40% of all Americans who might buy health insurance through the Affordable Care Act's state and federal government-run health insurance "marketplaces", if significantly fewer than this percentage sign up for Obamacare, many health insurers will be forced to jack up the cost of health insurance within the next few years to cover their losses.

That will be true, even with Obamacare's built-in multi-billion dollar bailout for health insurers participating in the ACA exchanges. A bailout that at least one politically-connected health insurer has planned to exploit all along as part of its business strategy.

But if too few young, healthy Americans buying health insurance to cover the health insurers' costs of paying for the health care bills of older, sicker, insured Americans, they risk setting up the dynamic where each time they increase their premiums to compensate, they'll lose more of their healthier customers who will balk at paying higher bills, sending their business into a death spiral. That dynamic is the result of what insurers call "adverse selection", which is the situation where not enough healthy people sign up for health insurance to cover the cost of paying for the health care needs of the sick people who did.

That's why President Obama's political supporters are scrambling to put out a marketing campaign aimed at getting young Americans to enroll in ACA coverage on 15 February 2014, even though the Healthcare.gov web site will not be functioning on that day.

To understand how the dynamic of an adverse selection death spiral has already gotten underway with Obamacare, let's start by reviewing the various levels of health insurance coverage being marketed on the federal and state governments' health insurance exchanges. Our first table below ranks these from most comprehensive coverage to the least, showing the average annual deductibles and typical premiums for each that would apply to a 27-year old American. In the right-most column, we have also adjusted the annual premiums to account for the average tax credit subsidy [1] that would be collected by the vast majority of individuals enrolling through the Obamacare exchanges.

The annual premiums, either with or without the federal government's subsidy depending upon the health insurance consumer's eligibilty, represents their absolute minimum cost of health insurance and health care. These values represent what an insured individual consumer will pay for health care, even if they never see a doctor.

In our next table, we show the maximum amount that a 27-year old consumer would have to pay out of pocket for health care before their health insurance would provide any meaningful benefit for each level of coverage they might select. These values are determined by adding the annual premiums to annual deductibles listed in our first table for each level of health insurance coverage.

In our next table, we'll consider the situation where our 27-year old might have $7,500 worth of health care expenses. This value is consistent with the cost of an uncomplicated natural delivery of a baby in the U.S. [2], which would be the kind of significant health care expense that a 27-year old might reasonably anticipate in their near future.

In this table, we've highlighted the combined cost of health insurance and health care that are greater than what it would be to simply pay the $7,500 health care bill directly out of pocket.

What this table reveals is that the benefits of having health insurance coverage are mainly conveyed to people who select the plans with the most costly premiums - the Platinum and Gold level plans. The Silver plan would actually be more of a toss-up - it wouldn't take much more in additional health care costs (say for pre- and post-natal care in our baby delivery example) to make it a reasonable option.

In practical terms, what that means is that if an individual can reasonably anticipate having large health care bills in the near future, such as would be the case if they expect to have a baby, they would benefit most by selecting the plan with the most comprehensive coverage, where their premiums would effectively be pre-paying for the health care services they will consume at what would appear to be a discount to them (remember, the insurer and perhaps the federal government is paying the balance of their bill).

Worse, we see that for the plans with the most affordable premiums, the Catastrophic and Bronze level plans, it would actually be much less costly for a 27-year old to not carry any health insurance coverage at all, subsidized or not. In terms of their personal finances, it would make more sense for young and healthy individuals to not bother buying these health insurance plans and to instead pay for these kinds of expenses directly out of pocket, which would allow them to save the money that might otherwise go to waste on health insurance premiums. 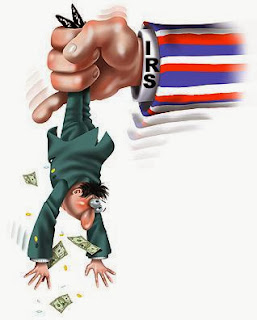 The Affordable Care Act attempts to deal with that situation by imposing an additional income tax upon Americans who rationally choose to not buy health insurance. In 2014, that tax is the larger of $95 or 1% of their annual modified adjusted gross income.

Doing the math for the Bronze-level plans in our example above, we estimate that an individual would have to have an income above $285,200 before paying for a Bronze plan would more economical than paying the additional income tax. In 2016, when the additional Obamacare income tax will increase to be a maximum of 2.5% of an individual's income, buying a Bronze-level health insurance plan with the costs we've listed above would only begin to make sense if their income was greater than $120,000.

So, unless a health insurance consumer has a reasonable expectation that they will have very high health care bills in the near future, it doesn't make sense from a personal finance perspective for them to buy health insurance. And since the law mandates that they cannot be denied coverage if they do develop a costly medical condition, they can simply hold out until the next enrollment period when their situation might change, or take advantage of the alternatives that many people are using to avoid Obamacare and its taxes altogether.

And that explains why Obamacare is developing such an adverse selection problem - one that can send the program into a full death spiral. The people who benefit the most from buying health insurance through the Affordable Care Act exchanges are the ones who have the greatest expectation that they'll have large health care expenses in the near future. Meanwhile, the people who benefit the least, the healthiest Americans, have powerful personal financial incentives to steer clear of Obamacare altogether. It's the relative health of the people who enroll for health insurance that matters most in this situation.

Going back to the personal finance incentives for plan selection, individuals who fall in the middle, where they reasonably believe they may have large health care expenses in the near future but aren't absolutely sure they will (say if they are considering having a baby in the next year but aren't pregnant yet), would benefit by choosing a health insurance plan in the middle of the Obamacare tiers of coverage, such as the Silver level plan.

We're watching those personal finance incentives play out in real life, as health insurers like Humana are reporting the kinds of plans their consumers are selecting:

Humana management told the UBS managed care analyst team, in a follow up call, that this was a concern for the insurer. Humana is seeing more people enrolling in platinum plans (21%) than it expected. These are most likely higher cost members who are paying the higher premiums to buy down their anticipated co-pays and deductibles. In other words, they plan to tap their health coverage for medical claims. The company also reported that bronze plans account for 9% of applications, gold for 10%, and catastrophic plans for 2%.

The remaining 58% of Obamacare enrollees are selecting Silver-level plans, which as we observed, is consistent with individuals who have a much higher, but not fully certain, likelihood of accumulating large health care expenses during the next year. Nearly everyone else is either sicker and enrolling in more comprehensive coverage, or are healthy enough where it makes more financial sense to avoid buying any health insurance through the dysfunctional Affordable Care Act exchanges altogether.

It all boils down to one inescapable factor: if you're shopping for health insurance, rather than being influenced by slick marketing campaigns aimed at trying to keep politically connected health insurers afloat, you should let your health decide if and when you really need it.

[1] We obtained our estimate of an average individual tax credit subsidy by dividing the CBO's estimate of $4,700 per household in 2014 by 4. The actual size of the tax credit subsidy that an individual might receive varies according to income and the cost of the second-lowest "Silver"-level health insurance plan that is available in their region.

[2] We took the value most recently reported by the U.S. government's Agency for Healthcare Research and Quality of $6,789 for an uncomplicated, vaginal delivery in 2009 and adjusted it for inflation, which would put the cost associated with this single procedure at approximately $7,500 in 2014.

We've been covering the Obamacare beat for some time now - the links below will take you to some of our best personal consumer finance analysis of how the Affordable Care Act will affect you.

Obamacare: Should You Pay the Premium or the Tax?

Obamacare: Will Making a Little More Income Cost You Thousands?

We show how crossing certain critical income thresholds can cost you the subsidies that make your Obamacare health insurance coverage affordable - welcome to the welfare trap, middle-class Americans!

The Odds of Going to the Hospital

We begin the analysis of finding out just how likely it is that a random individual plucked from society might need serious medical treatment.

Do You Even Need Health Insurance?

We help you answer the question that supporters of Obamacare hope you won't ask!

Obamacare: Does Buying Health Insurance Make Sense for You?

We consider the situation where buying health insurance through the Obamacare exchanges might make sense for you.

How to Get Real and Affordable Health Insurance Without Obamacare

There are affordable alternatives to Obamacare's health insurance coverage - we discuss a number of options that you might consider!