After a brief bit of excitement early in the week, as the market first negatively reacted to Russia's incursion into Ukraine's Crimea province, then positively responded to the apparent de-escalation of the developing conflict the next day, the rest of the week for the S&P 500 was pretty boring. 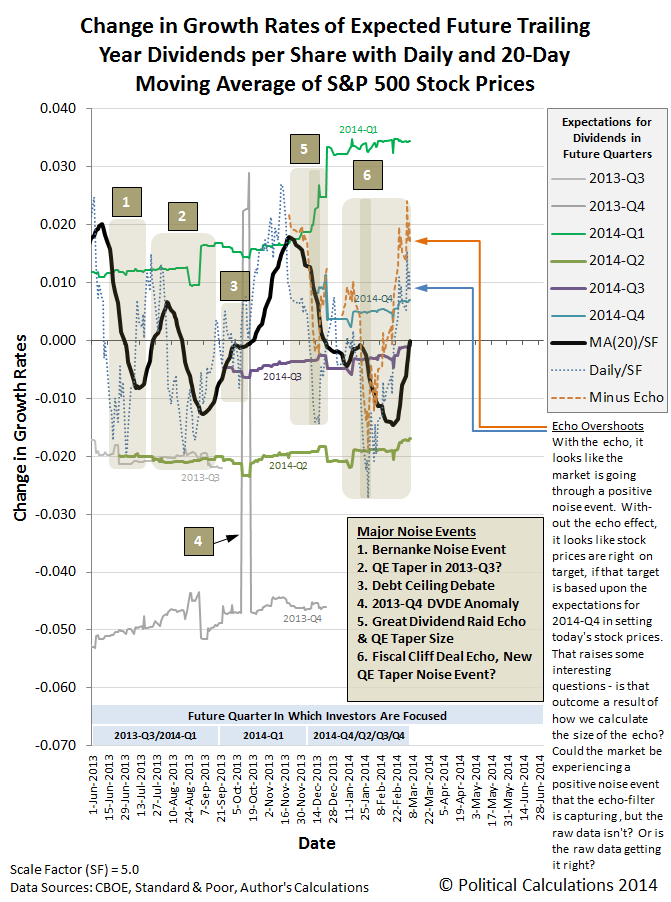 Overall, it would appear that investors have set their forward-looking focus on 2014-Q4 in setting today's stock prices, which held through the minor noise event of the Crimean situation.

That's a little easier to see in the updated version of our chart showing the likely trajectory of stock prices for each of the next three quarter's worth of alternate futures for the market: 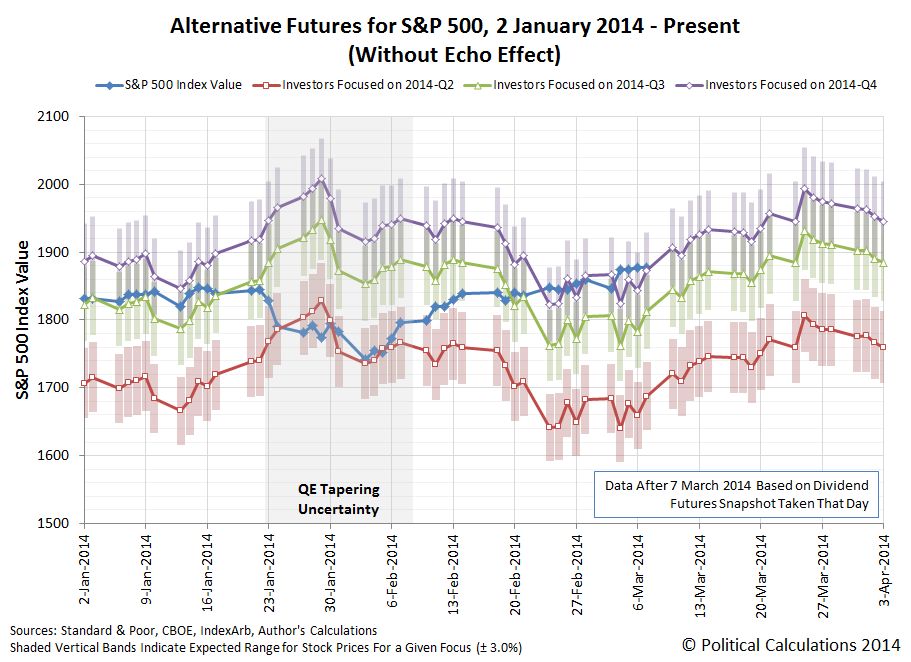 This chart is quite a bit different from the version we were previously presenting with our weekly comments. In that older version of the echo-free chart, the data were were displaying for each alternate future after 29 January 2014 was based on the snapshot of expected future dividends from that day. (The data from 2 January 2014 through 29 January 2014 is unchanged).

The new version of the chart takes the daily changes in expectations for dividends to be paid in future quarters after 29 January 2014 into account. That there is so little difference in the alternate future trajectories illustrates how small the changes for dividends announced during February 2014 were.

In the chart, all the data indicated from 7 March 2014 forward is based upon the snapshot of dividends we took on that day. In the absence of noise or significant changes in the outlook for future dividends, we would anticipate that stock prices will fall within the ranges indicated for each, depending upon which future quarter investors set their forward looking focus.

We're not showing the futures for the first quarter of 2014, which for dividend futures, will end on 21 March 2014. At this point of time, those values are effectively locked in, so there's little reason for investors to focus any amount of attention on the current quarter. Soon after that date however, we'll begin to have a window open on what the dividend futures for the first quarter of 2015 look like, so we'll be adding a fourth alternate future trajectory to the chart.