Not much of interest happened with the S&P 500 during the trading week ending Friday, 25 April 2014. The market, which had been buoyed up by positive noise from earnings being reported during the week, fell back on Friday, but fairly consistently with what we expect.

We can see that in our alternative futures chart, where stock prices have most closely paralleled the trajectory associated with a forward-looking focus fixed upon 2014-Q3 in setting today's stock prices. 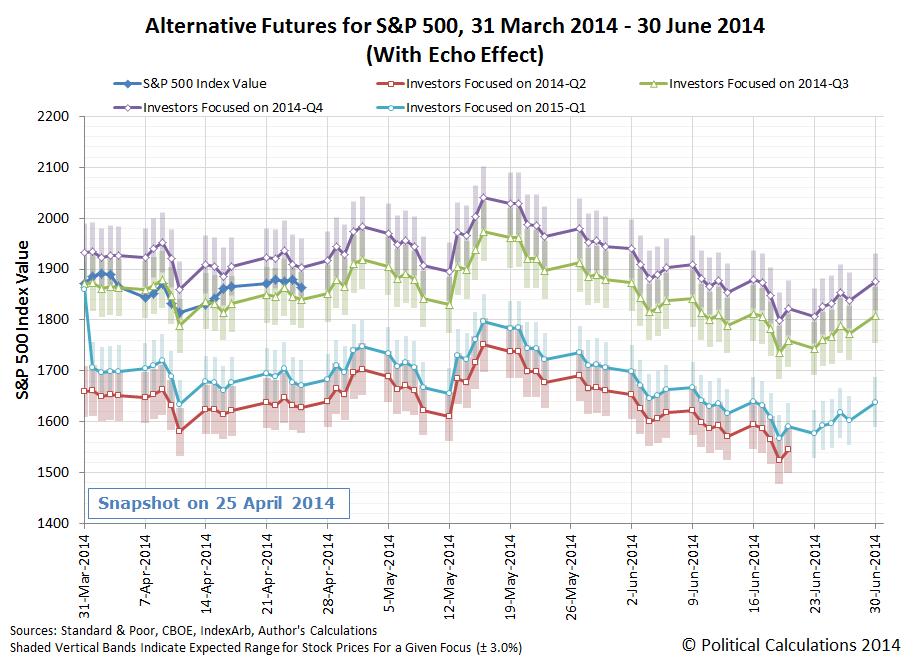 Here, stock prices were consistently within 1.5% of the midpoint of our target range for 2014-Q3. As such, we think the expectations associated with that quarter are still the driving factor for today's stock prices - even though positive noise related to better than expected earnings reports released during the week would appear to shifted a good portion of that attention toward 2014-Q4: 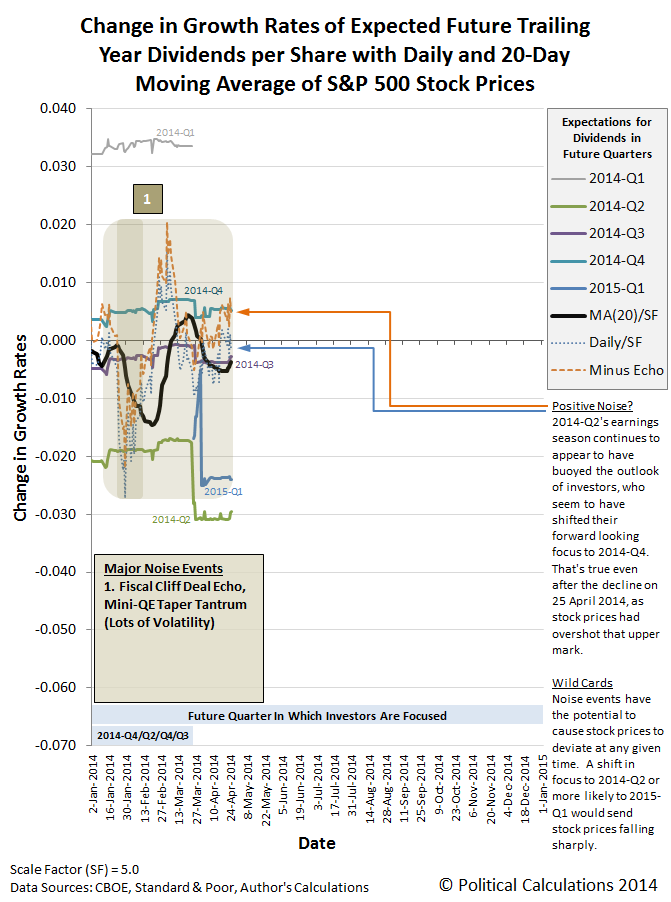 What we're not seeing however are any major changes in those expectations, which is why we are so far attributing the relative changes in stock prices since 15 April 2014 to noise, rather than to a clear-cut shift in investor focus.

In other words, despite all the noise, nothing much to see here.

Then again, if we wait long enough, something interesting might happen!

We've entered the one-year anniversary of the shift in investor focus from 2013-Q2 to 2014-Q1 back in April 2013, which preceded a period of considerable volatility in the stock market. We'll be paying quite a lot of attention to the echo effect over the next six-to-eight weeks as we evaluate how well our filtering technique is working.