There's no better way for us to make point we wish to make today except to animate our alternate futures chart, where we've taken each of the versions of the chart that we've posted since 10 March 2014 and run through 4 April 2014:

Now, here's what you need to know:


Since our animated chart only features the charts that we have publicly posted since 10 March 2014, here are the links to the original stills:

Speaking of negative changes in the future that investors expect, here is what we now project for stock prices through the end of 2014-Q2: 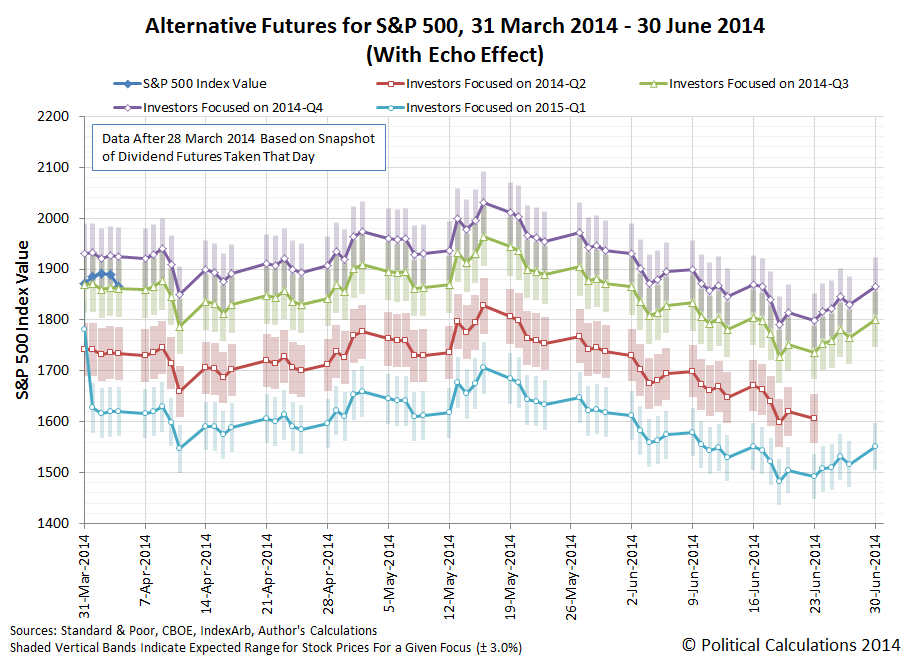 Stock prices will generally follow the trajectory defined by the future point in time to which investors have fixed their forward-looking attention. From the current established trajectory defined by a focus on 2014-Q3, the effect upon stock prices of a shift in investor focus to the future by 2014-Q4 would be positive, while a shift to either 2014-Q2 or to the more distant future of 2015-Q1 would be negative.

Finally, here are the changes in the growth rates of expected future trailing year dividends per share for the S&P 500, which are the basis for our alternative future projections. 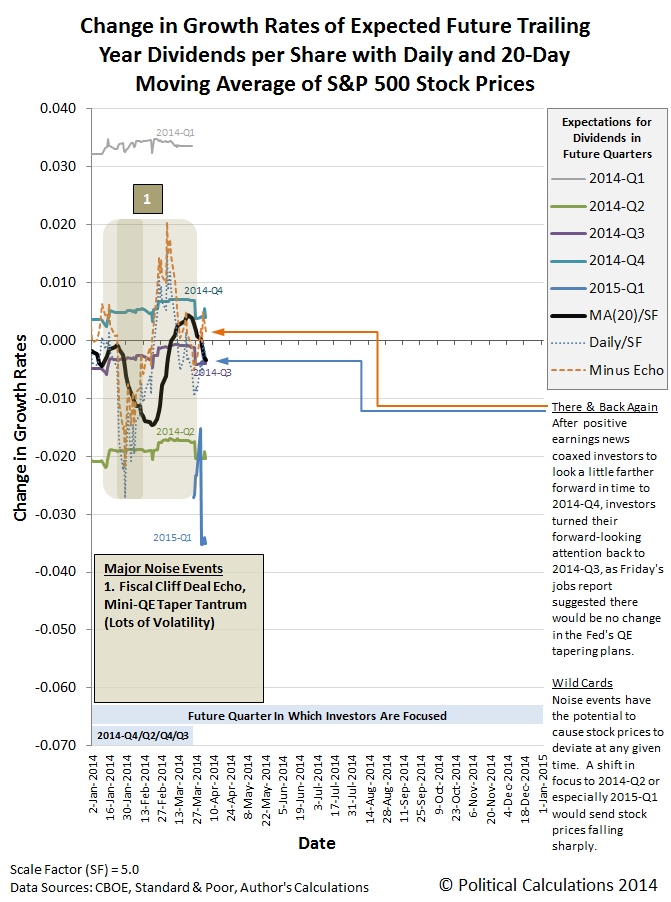 We'll see how a brand new earnings season might introduce noise or other potential shifts in focus in driving stock prices.