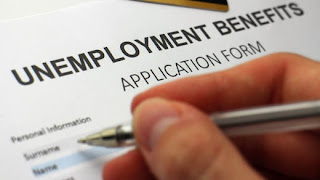 What happens when the long-term unemployed are suddenly cut off from being able to cash in on the federal government's extended unemployment benefits program?

That's the case for millions of Americans who have been unemployed for 27 weeks or longer, for whom the federal government's extended unemployment benefits program expired after 28 December 2013.

Now without that financial assistance for several months, and therefore being highly motivated to find work to replace their lost income from unemployment benefits, we wondered how successful those individuals have been.

Early reports indicate that very little has changed for the employment prospects of the long-term unemployed, at least through the first month of their no longer having unemployment benefits, but what has changed would seem to have changed for the better. Here's an example from Illinois, where 74,000 people lost extended unemployment benefits after the program expired on 28 December 2013:

One month later, 64,000 or 86 percent, still were without work, according to an Illinois Department of Employment Security analysis released today.

With 14% of the long-term unemployed in Illinois having found jobs in just one month according to the state's official statistics, Illinois saw a rate of improvement that's notably better than the 10% to 11% rate of new hiring success that studies indicate is typical for those who have been unemployed for 27 weeks or longer in recent years. That's also remarkable in that January 2014 saw extremely cold winter weather disrupt much of Illinois' economy, costing it billions of dollars.

However, that's only after one month after their extended unemployment benefits expired. The average dedicated job search ranges between three and six months in duration, so we wouldn't necessarily expect much of a change in new-hire statistics for the long-term unemployed after that short a period of time.

We'll have to watch how that continues to play out.