How much does the illicit sale of heroin really contribute to the nation's GDP? 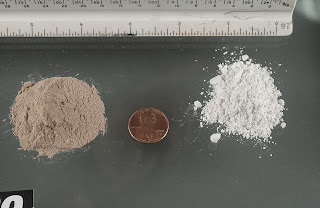 Proving once again that we're willing to tackle really strange questions, we thought we'd take a stab at it, following the same approach that nations like Italy, Ireland and specifically the United Kingdom have taken in seeking to inflate the reported values of their countries' Gross Domestic Product.

Of course, the problem with the things that politicians have outlawed, such as heroin, is that it can be very difficult to get accurate business statements from the people who are engaged in the outlawed trade, such as heroin dealers. For some strange reason, many of those who are engaged in such trades aren't willing to fully detail the figures related to their illicit businesses on their income tax returns or in their quarterly financial statements.

So economists in nations seeking to record a positive benefit for illegal activities have to estimate how much those illegal activities add to their GDPs. In the U.K., that meant going back to the findings of a study of heroin use in the nation in 2003, then adjusting for changes in the quality and price of heroin over time, as well as the number of heroin users.

For example, in 2003, a benchmark study found there were 36,000 heroin users in the U.K., who could buy a heroin product that was cut by dealers to be 33% "pure" heroin on average, which the United Nations reports would cost the equivalent of $100 U.S. dollars per gram. Altogether, total heroin sales in the U.K. were estimated to total some 1.349 billion GBP, or because most nations will likely have figures only in the millions, let's call that 1,349 million pounds.

Six years later, in 2009, the number of heroin users had increased to 38,000, the amount of "pure" heroin in a typical "retail" sample of heroin had increased to 43%, and the cost had fallen to the equivalent of $69 U.S. dollars per gram.

Once you know all these numbers, we can mathematically chain them together to estimate how much heroin sales "contributed" to the economy of the United Kingdom in 2009. In fact, let's do those maths now using the special-purpose ready reckoner we've built to do the job below....

If you're reading this article on a site that republishes our RSS news feed, click here to access a working version of this tool!

You'll note that we mixed the units of currency in the tool above, mainly since the estimated cost data for heroin is easily obtainable in terms of U.S. dollars per gram. However, the nature of the math is such that international exchange rates do not need to be taken into account, and our tool's output will be presented in terms of the value of the national currency for which you entered for the estimate of the value of heroin sales for your nation of interest.

For our default data, which applies to the United Kingdom, that contribution of heroin to that nation's GDP is expressed in terms of its own currency [GBP].

In doing that math for the data we have for the year 2009, we find that the contribution of heroin sales in the U.K. totaled up to a disappointing 754 million pounds, just 55% of what heroin sales contributed to the U.K. economy six years earlier, as even though its quality and consumer base increased and its price fell, the relative quantity of heroin demanded by U.K heroin users declined.

But, for a politician looking to boast of how well the nation's economy performed under their leadership in that year, that extra 754 million GBP would be like bringing the 754 million pounds that U.K. tourists charged while on holiday in other nations in 2009 back into the home economy. Brilliant!