A new noise event rattled the markets on Thursday, 17 July 2014, when news broke that a Malaysian Airlines commercial jet had been shot down over eastern Ukraine, potentially by Russian-backed separatists. That act caused stock prices to drop below the level they would otherwise be, assuming that investors are now focused on 2015-Q2 (the quarter the Fed will likely hike interest rates from their current near-zero levels) in setting today's stock prices.

Our expectations/accelerations chart shows the negative impact upon stock prices with respect to the change in the growth rate of dividends expected in that future quarter. 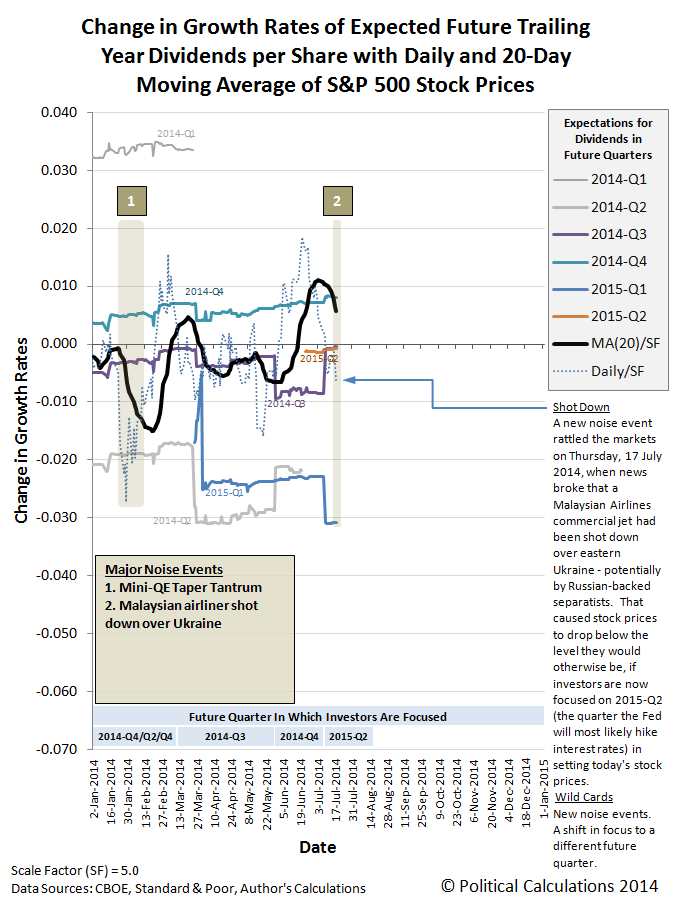 While stock prices rallied strongly back on Friday, 18 July 2014, in reality, the negative noise generated by the missile attack on Malaysian Airlines Flight MH17 event is still present in the market and is keeping stock prices from rising as high as their fundamental relationship with their expected future dividends indicates that they would otherwise be.

That is evident from the relative position of the trajectory of stock prices with respect to the trajectory they would be taking if not for the negative impact of the terrorist act. 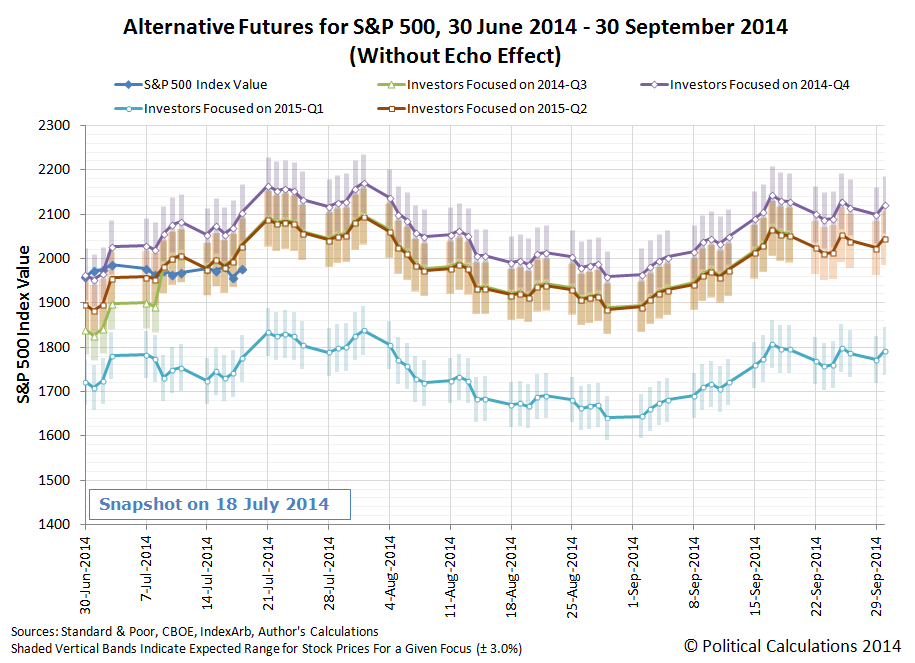 What this chart indicates is that the perception of investors of the event's potential negative impact on their expectations for the future did not worsen from the previous day, as the gap that opened up in response to the event did not widen. By that same token, the outlook of investors did not meaningfully improve either, as the gap between projected trajectory and actual trajectory did not close on 18 July 2014.

As of the close of market trading on Friday, 18 July 2014, investors were in a holding pattern as more information about the attack becomes known and its potential impact upon their expectations of the future can be assessed. Depending upon what they learned over the weekend, there is a potential for a significant difference between the value the market closed at and the value at which it will open later this morning (21 July 2014) to develop.

And you'll know what they thought of what they learned over the weekend by whether the gap between our forecast and actual stock prices widens or narrows.