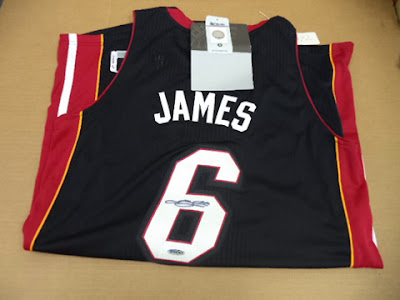 Was that a smart business decision for the Cavs?

To find out, we'll do some of the same math that economist LeRoy Brooks did to estimate that Cleveland's signing of LeBron James could add nearly $500 million to the economy of northeast Ohio. Only instead of considering James' potential impact on the region, we'll just look at the only real revenue that the team itself can fully count upon: its regular season ticket sales.

Why just regular season ticket sales? First, we need to exclude the possibility that the Cavaliers will benefit from additional ticket sales during postseason games, because that's not guaranteed revenue. After all, even with having signed the world's top ranked professional basketball player to its roster, there is no absolute guarantee that the Cavaliers will make it to the post season even though they have significantly improved their prospects. And that would be particularly true in the event that James is injured during the term of the contract.

We'll also need to rule out money from other sources, such as television contracts, since those are largely locked up at this point until the league negotiates new contracts to replace the current ones, which will expire two years from now. The team does stand to benefit from licensing Cavalier's jerseys with James' name and number on it during this period of time, but we want to keep the math simple.

Here are the basic numbers we'll be working with:

Miami had the NBA’s highest average ticket price last season, at $245. To account for the lower cost of living in Cleveland, let’s make what still might be a conservative estimate: Cavs tickets go for $210, on average (remember — this doesn’t mean there won’t be plenty of seats for far less). Cavs attendance last year averaged 17,329 per game. With James, the Cavs are likely to fill up their arena’s capacity of 20,562. Spread over 41 home games, James could bring in $129 million in additional ticket revenue for Cleveland.

Let's now find out if it really made business sense for Cleveland to bring LeBron James back to northeast Ohio. If you're reading this article on a site that republishes our RSS news feed, click here to access a working version of this tool!

Playing with the numbers, we find that the "LeBron effect" on the teams home game ticket prices can justify the expense of signing a "max" deal with him for the Cavaliers, even if the superstar ultimately misses playing as many as 79.4% of the team's home games!

Believe it or not, this kind of math applies outside of the world of sports. For example, it can help media organizations like People and Hello! determine if it makes sense to pay A-list celebrities like Brad Pitt and Angelina Jolie some $5 million for exclusive copies of their wedding photographs to put on their magazine covers. Or for that matter, how much they should pay D-list celebrities, like the Kardashians, for whatever photos they're hawking these days.

We'll close by sharing the classic video of Frank Caliendo impersonating Morgan Freeman reading the letter that LeBron James wrote to explain why he wanted to return to Cleveland, which is simply outstanding.