While many were disappointed by the lackluster jobs numbers recorded in the August 2014 employment situation report, perhaps the most disappointed of all would be the teens and young adults (Ages 16-24) who were effectively replaced in the U.S. job market by adults (Age 25 and older) during the month. 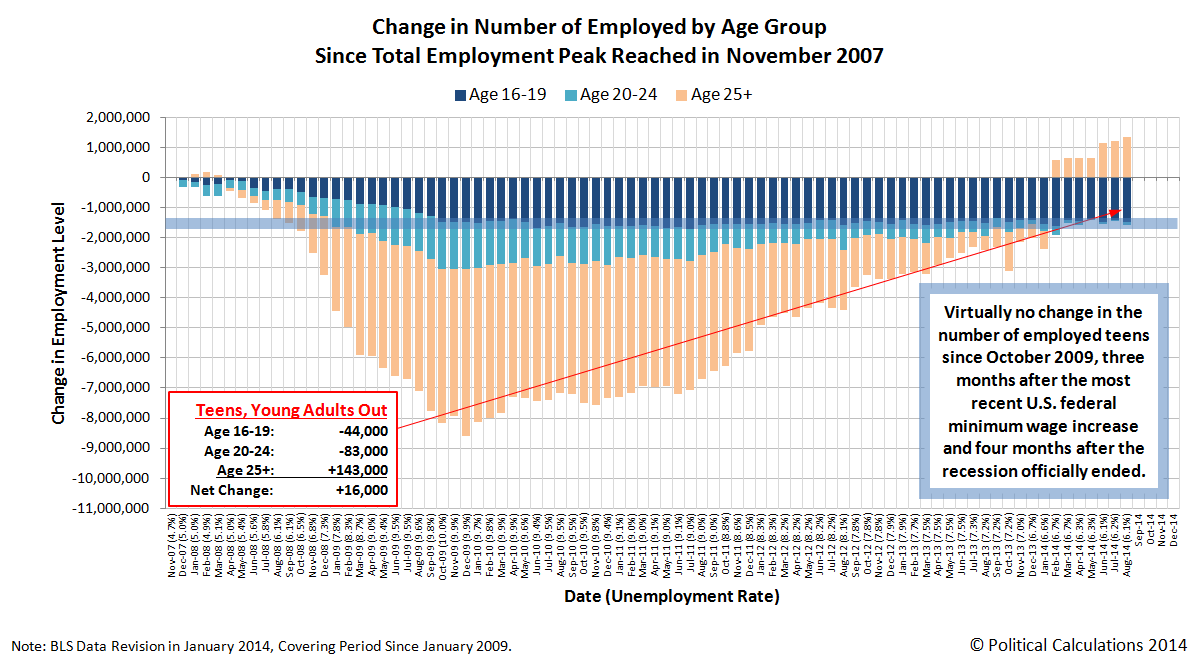 We're going to go out on a limb here and say that a disproportionate number of teens and young adults in the state of California were on the losing side of the job market in August 2014. We should have August's data for teens (Age 16-19) in the "Golden State" later this month.