In 2014, the early projections indicated that the population of turkeys produced in the United States continued to shrink, with an estimated 235 million turkeys. That's down about 2% from the 240 million that were produced in 2013. 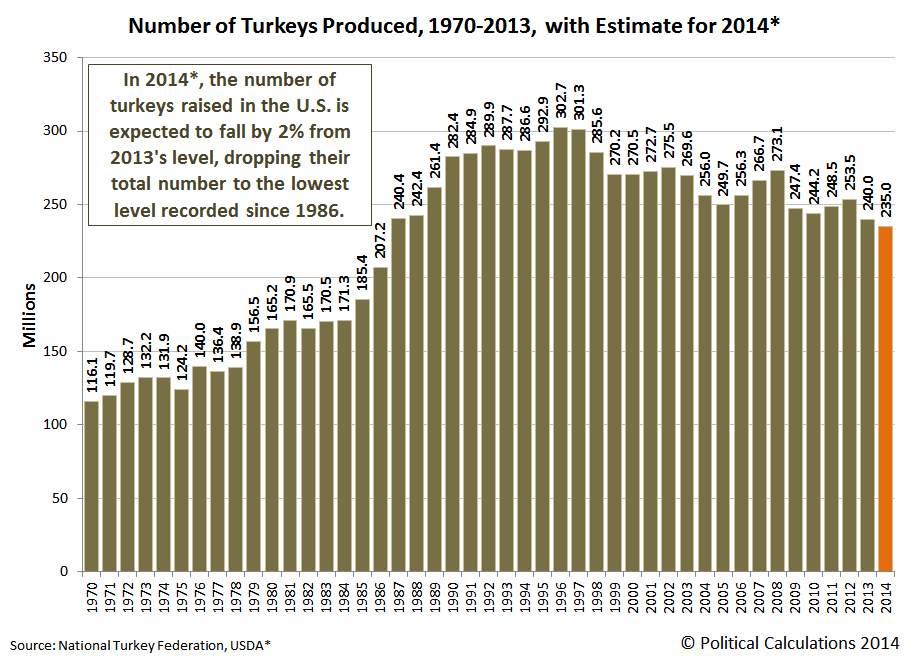 That's also the lowest that the population of turkeys produced in the U.S. has been since 1986.