Every three months, in the middle of each financial quarter, we've been taking a snapshot of the earnings per share for the S&P 500 that are expected going forward for as far as Standard & Poor projects them. In our last installment, we saw that there had continued to be a large amount of erosion in the expectations for stock market earnings in future quarters.

This time however, it would appear that the outlook for future earnings has stabilized, which would be a positive development. 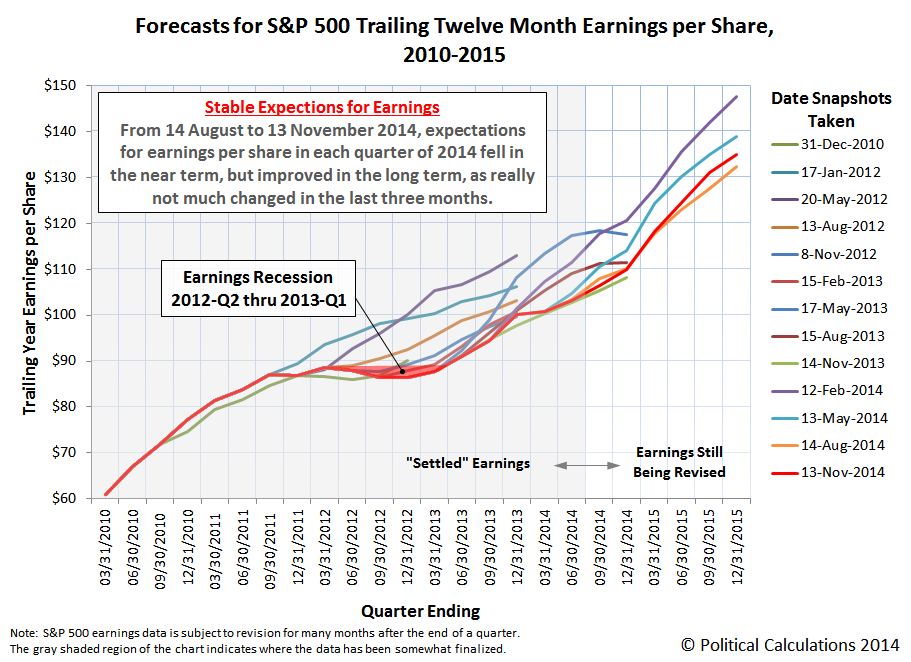