A new trend for new jobless claims has become established since the end of June 2014. 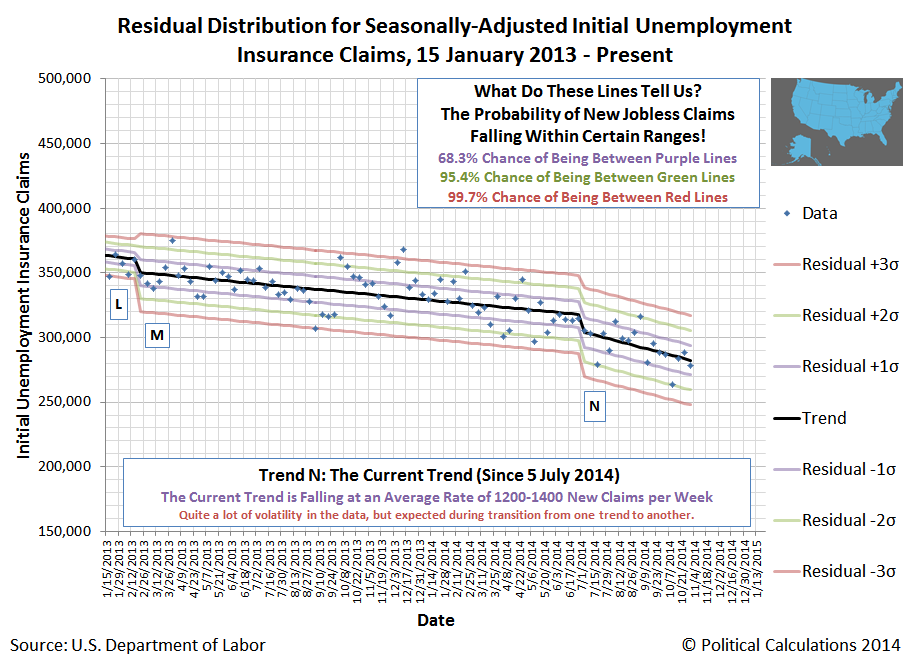 We believe the sustained break in oil and gasoline prices in the U.S. that began in late June 2014 accounts for what appears to be a step-change in the number of initial unemployment insurance claims being filed, as the number of new jobless claims being filed each week began to fall more steeply than it had during the previous trend. 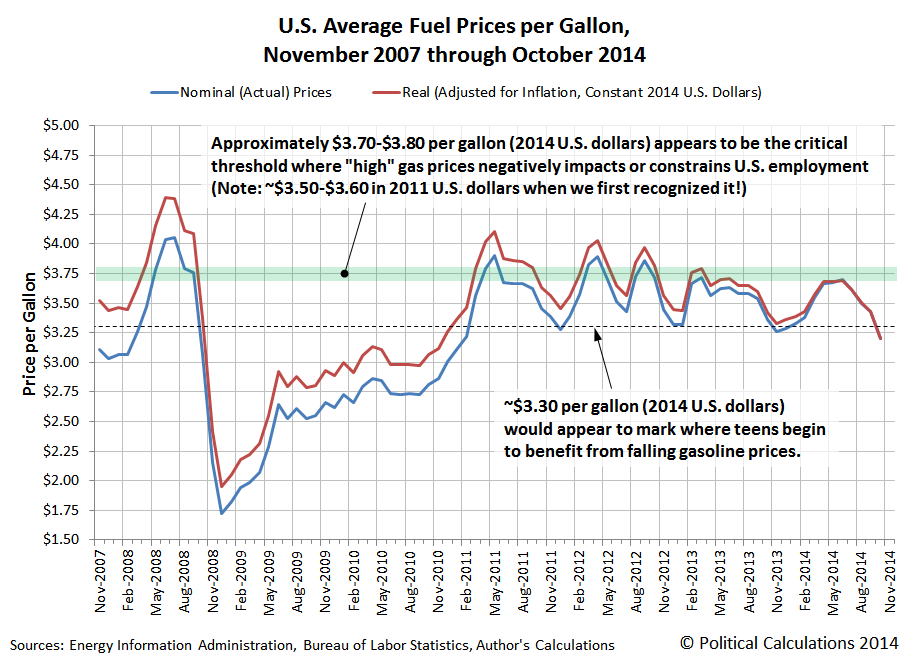 To put this new trend into full context, the chart below shows each of the major primary trends we've tracked since January 2006. 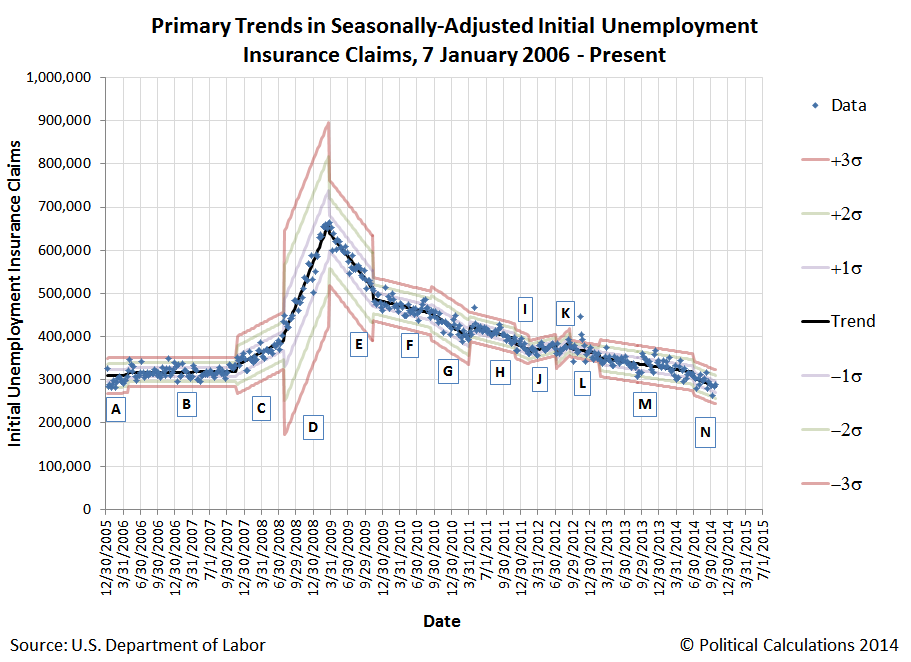 The chart below adjusts for the volatility in the data that is attributable to the rising or falling trends that have existed, showing the residual distribution that best describes the variation of the data about their primary trend trajectory. 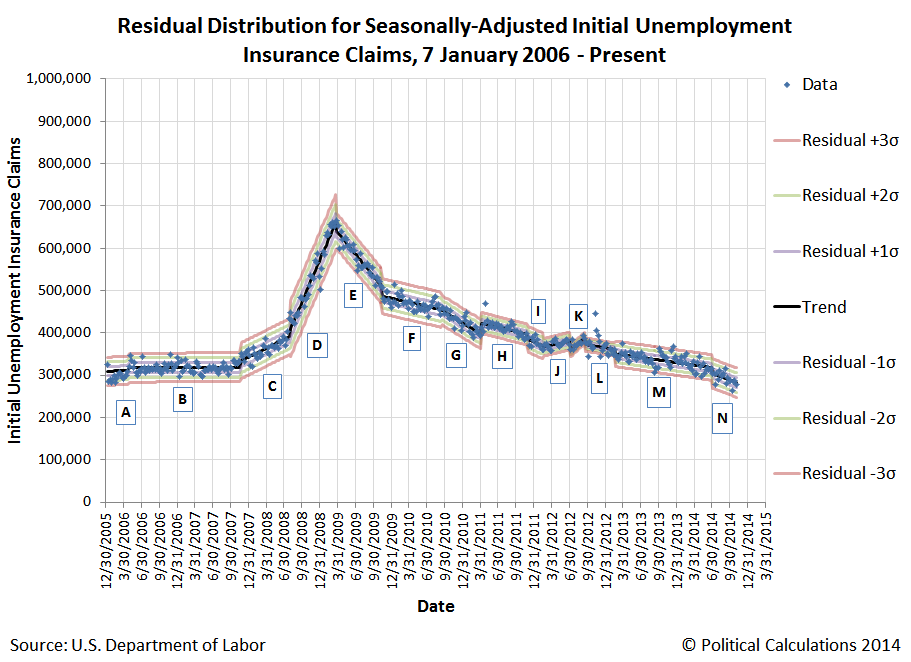 Finally, the table below describes each of the major trends for new jobless claims since January 2006. For those accessing this post through a source that republishes our RSS feed, please click here to see the nicely formatted version of the table on our own site!