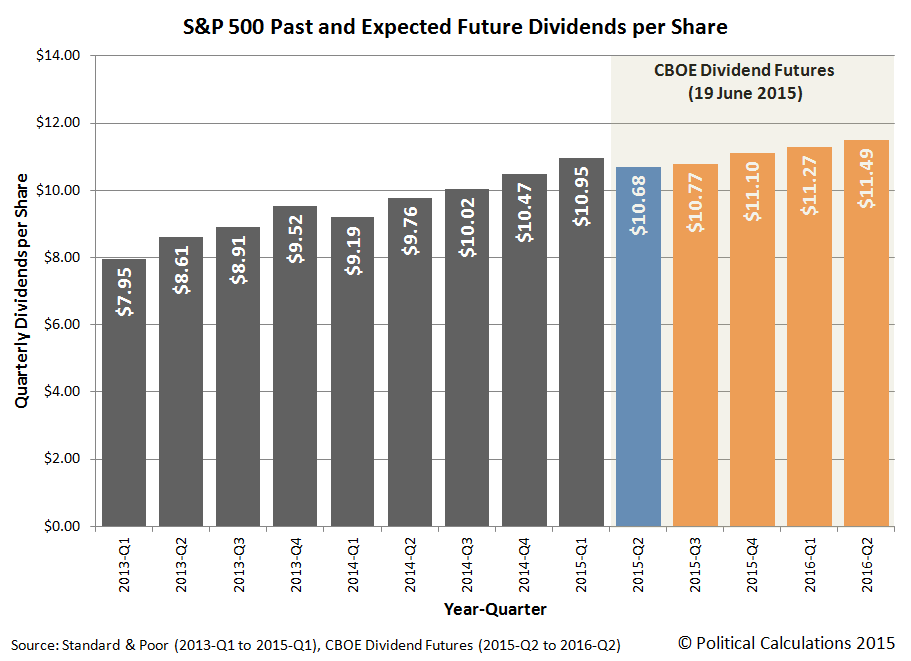 Standard and Poor will report its dividends per share figure for 2015-Q2 after the end of the month.

The most important thing to take away from the dividend futures data presented in the chart above is that the rate at which dividends are expected to increase is decelerating. Which is the biggest factor behind why stock prices have mainly moved sideways to slightly higher in 2015 to date.

More interesting though is how quickly investors have shifted their forward looking focus since last week, when they were tightly focused on 2015-Q3 as they went about setting stock prices. In the last two days, they've moved their focus in stages to the more distant futures of 2015-Q4 and then 2016-Q2. 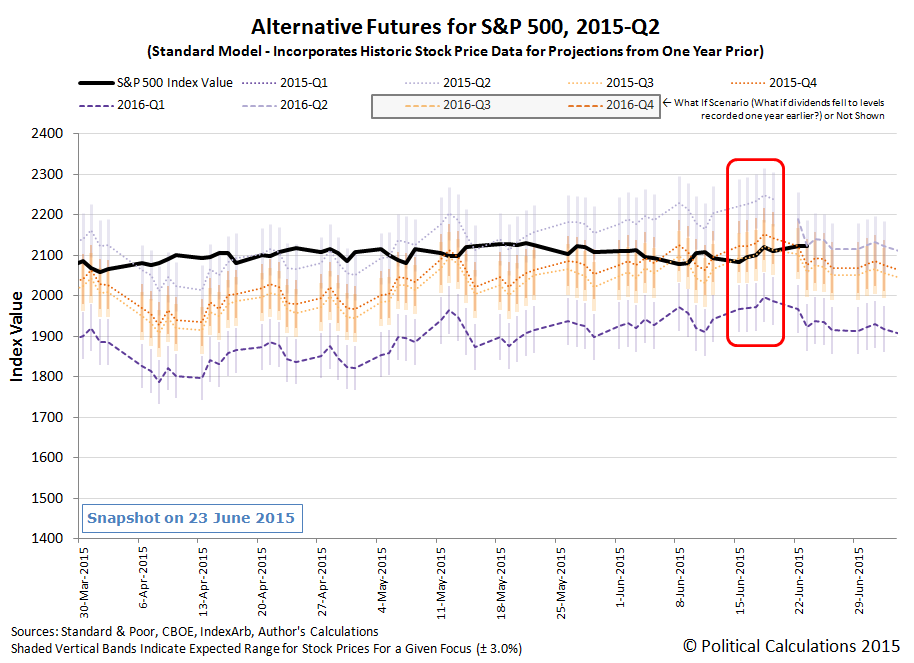 And in making that last move, they've pretty much found the fundamental ceiling for the S&P 500, as the potential for continued upward movement through the end of June 2015 is limited to what we consider to be our typical margin of error.

That's not to say that stock prices couldn't move higher, but that would be consistent with what we would describe as a noise event, which would likely not be sustained in the absence of a significant improvement in the expectations for future dividends.

All noise events end. It's only ever a question of when.